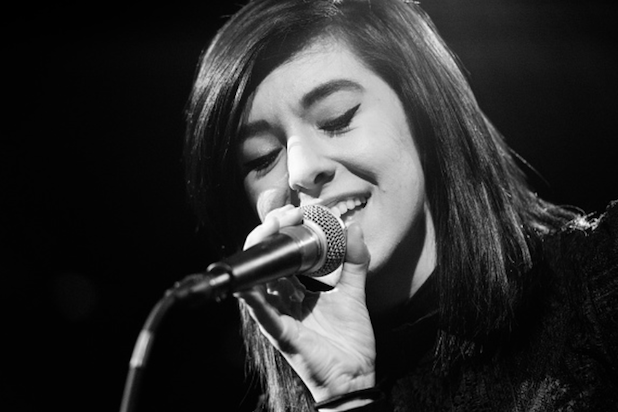 During a press conference on Saturday, Orlando Police chief John Mina described the assailant, who shot and killed himself during the incident, as “a white male, 21 years of age.”

His identity has not yet been released.

Grimmie, 22, was shot multiple times at The Plaza Live in Orlando Friday night as she signed autographs for fans after a concert. She was taken to a local hospital and within a few hours pronounced dead.

“This white male approached her and opened fire, striking her,” Mina said. “Almost immediately, her brother, Marcus Grimmie, tackled the suspect to the ground. Shortly after that the suspect killed himself.”

The suspect is not from Orlando and traveled to Orlando to commit the crime, according to police.

Orlando police detectives are meeting with Grimmie’s family today and will provide further details after that meeting.

Detectives are going through the suspect’s cell phone and computer in search of a motive for the attack.

Grimmie, 22, finished third during Season 6 of NBC’s “The Voice” in 2014, competing on the team of Maroon 5 frontman Adam Levine.

She burst onto the scene via YouTube as a teenager, racking up millions of views with her renditions of hit songs.

Detectives are looking at his phone and computer and hope to identify a motive. His name will be released later pic.twitter.com/FF7lNiNxY6