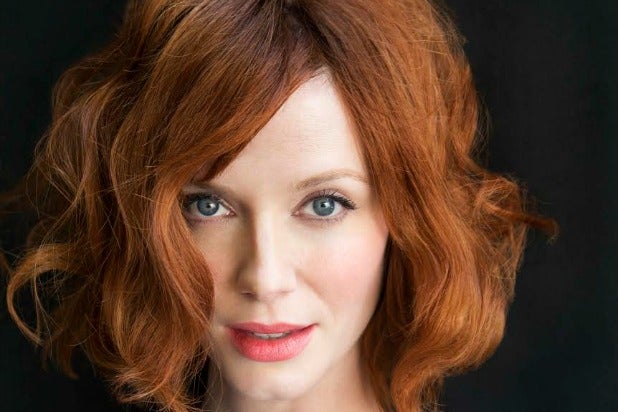 The “Mad Men” alum will star in the lead role of Beth for NBC’s midseason drama. Kathleen Rose Perkins (“Episodes”) originally played the part in the pilot, but her exit was announced when the show was picked up in May.

The series from executive producer Jenna Bans (“Scandal”) centers on three cash-strapped suburban moms who realize that holding up a supermarket is not as easy as they hoped.

Hendricks landed six Emmy nominations for her role as Joan on AMC’s heralded “Mad Men,” which signed off in May 2015. She starred on SundanceTV’s “Hap and Leonard” and has appeared in such films as “Drive,” “Bad Santa 2” and “Fist Fight.”

The actress is repped by ICM, Link Entertainment and attorney Howard Fishman at Hirsch Wallerstein.