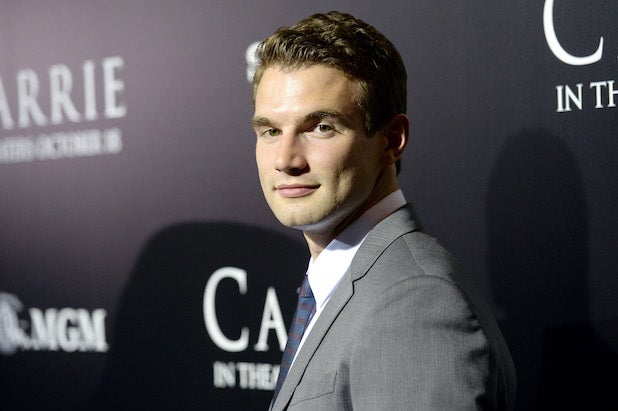 Award-winning music video and television director Joe Miale will direct the film, which will start production in September on location in South Africa. Rowan Athale wrote the script.

Story concerns mankind’s last stand against a cataclysmic alien invasion. Set in the war-ravaged African countryside, an American soldier (Russell) and a French foreign aid worker (Marlohe) team up to survive the alien onslaught. As they journey through the battlefield in search of refuge, their bond will be tested when the soldier discovers his true identity.

“I’m thrilled to be partnering with Voltage on my first film and am lucky to be working with a great team of producers and a killer cast,” said Miale. “Alien war machines have been stomping around in my head for far too long — I’m eager to set them loose on the big screen and have them take over the world.”

“Joe’s vision for this movie embodies what sci-fi storytelling is all about,” added Kavanaugh-Jones. “I couldn’t be more excited about working with Joe, Voltage, 42 and the rest of the team in bringing this incredible world to life.”

“We are delighted to be working in partnership with Brian again on such an exciting project,” Pugh and Aitken said in a joint statement. “It is fantastic to be able to develop such a bold film with Joe Miale who we are hugely excited to work with, whilst working in tandem with our management arm to attach Rowan and Berenice.”

“‘Prisoner of War’ is set in an imaginative and dangerous world, with a story that is both epic and intimate – much along the lines of ‘District 9’ or the first ‘Terminator.’ We are absolutely thrilled to be working with Brian Kavanaugh-Jones as he has a great eye for discovering up-and-coming talent. We are firm believers in Joe Miale’s vision and look forward to establishing a new science-fiction franchise with him.”