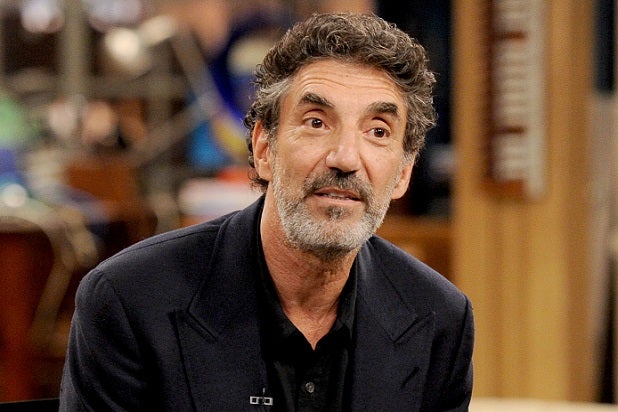 The Producers Guild of America will honor “Two and a Half Men” boss Chuck Lorre with the Norman Lear Achievement Award next year, the PGA said Wednesday.

“Norman Lear is a legend in this business and one of comedy’s true kings. I have to admit that I’ve been tongue-tied and starstruck just standing in the same room with him,” Lorre said in a statement. “Needless to say, being associated with his artistry, much less to be honored in his name, is both humbling and inspiring — and more than a little embarrassing. I’m deeply grateful to the Producers Guild for acknowledging my work in this extraordinary fashion.”

PGA Awards co-chairs Lori McCreary and Michael De Luca called Lorre “the definition of an iconic comedy producer” who they’re “pleased to honor” with the award.

“In a TV landscape that often feels saturated with homogenized, interchangeable series, his distinctive voice and commitment to vivid, one-of-a-kind characters have made him one of the true mainstays of our weekly television schedule,” the pair said. “Lorre is the definition of an iconic comedy producer and we are so pleased to honor him this year with the Norman Lear Achievement Award in Television.”

J.J. Abrams is the most recent recipient of the award, which has also been given to Don Mischer, Tom Hanks, Gary Goetzman, Dick Wolf, Jerry Bruckheimer, John Wells and Lorne Michaels, among others.