Amazon Studios is set to license distribution rights to “Cinderella,” a musical adaptation of the classic tale starring Camila Cabello in her debut feature role and which had previously been set for release by Sony Pictures.

“Cinderella” is the latest Sony film to be sold off to a streamer as the global theatrical market remains in limbo. While China has fully recovered its box office and the U.S. has over 60% of theaters reopened, much of Europe and Latin America still has theaters closed or with strong capacity limits as the vaccination process in those regions remains sluggish. 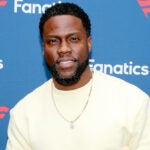 Other Sony films sent to streamers include Lin-Manuel Miranda’s animated film “Vivo” and the Kevin Hart/Alfre Woodard drama “Fatherhood,” both of which were sold to Netflix. Like those films, Sony will retain rights to “Cinderella” after the Amazon release window and holds on to distribution rights for China.

“Cinderella,” which had been set for a theatrical debut in July by Sony, is now set for an unspecified 2021 release date by Amazon. The sale was first reported by Deadline.