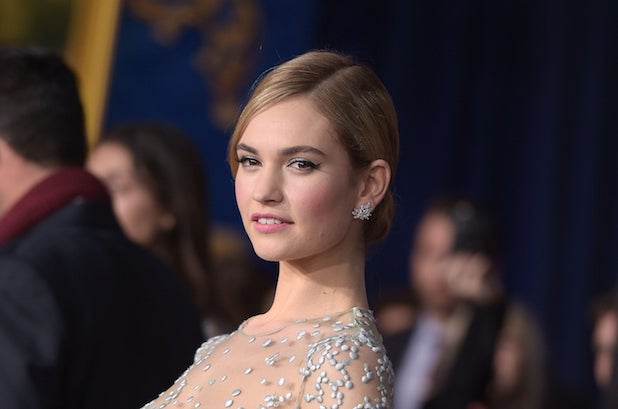 “Cinderella” star Lily James is in negotiations to play the female lead opposite Ansel Elgort in Edgar Wright‘s “Baby Driver,” an individual familiar with the project has told TheWrap.

Elgort will play a skilled getaway driver who is coerced into working for a crime boss on a doomed heist that threatens his life and freedom, as well as his love interest, who will be played by James.

James starred on “Downton Abbey” before landing the title role in Disney’s “Cinderella,” which just crossed the $500 million mark worldwide. She’ll soon be seen in “Pride and Prejudice and Zombies.”

James is represented by UTA and Tavistock Wood Management, and her casting was first reported by Baz Bamigboye of the Daily Mail.