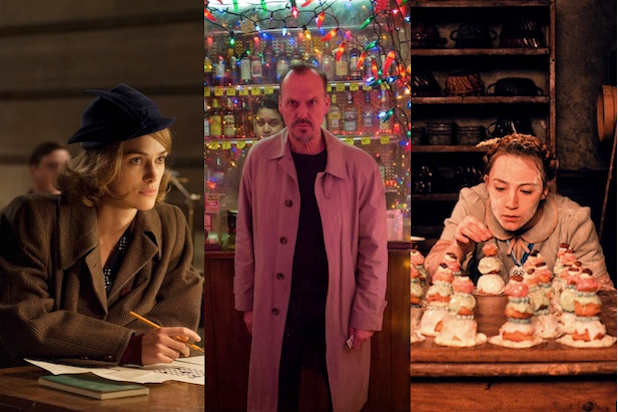 “Birdman,” “The Grand Budapest Hotel,” “The Imitation Game,” “Mr. Turner” and “Unbroken” have been nominated by the American Society of Cinematographers as the best feature-film cinematography of 2014, the ASC announced on Wednesday.

The winner will be announced on Feb. 15 at the ASC Awards at the Hyatt Regency Century Plaza in Los Angeles.

Films that were in the running but not nominated by the ASC include “The Theory of Everything,” “Selma,” “Nightcrawler,” “Inherent Vice,” “Interstellar” and “Into the Woods.”

Since 2000, almost 80 percent of the ASC nominees have gone on to receive Oscar nominations for cinematography, though the winners have only coincided four times in 14 years.

Oscar nominations will be announced next Thursday, Jan. 15.

The ASC is not a guild, but a 96-year-old non-profit honorary association of cinematographers who are invited to join based on their body of work.