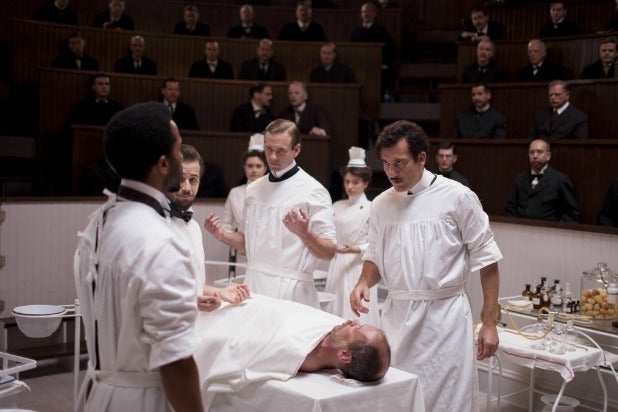 “The Knick” is showing definite signs of ratings health.

The Cinemax series, which stars Clive Owen as a drug-dependent doctor in 1900, grew appreciably in the ratings with its second episode Friday night.

The second episode of the series drew nearly 600,000 viewers on Friday night — an 18 percent bump over the series’ premiere.

In other news, HBO’s “The Leftovers” on Sunday night grabbed 1,636,000 total viewers — its best showing since its June premiere, which drew 1.8 million. Across two airings, the series — from “Lost Alum” Damon Lindelof — accumulated 1.9 million total viewers.