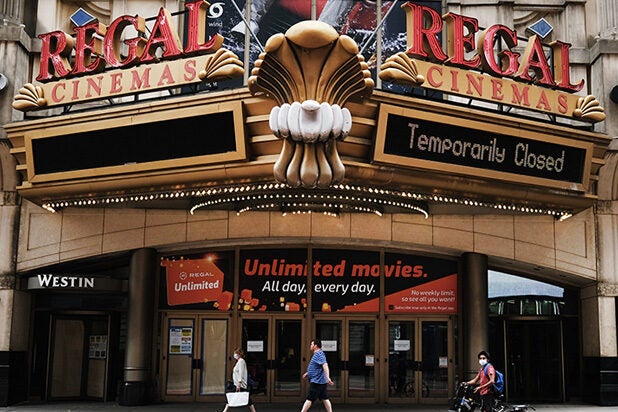 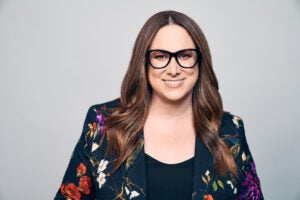 Movie theater chains took a beating on Wall Street on Monday, after Regal Cinemas parent company Cineworld announced the “temporary suspension” of operations at more than 600 theaters in the U.S. and the U.K. later this week. That news followed last Friday’s announcement that the latest James Bond flick, “No Time to Die,” was postponed from November to April 2021 — adding to an already extensive list of big budget movies that have been pushed back due to COVID-19.

Cineworld’s share price plunged more than 35% on the day, and is now down more than 80% from its all-time high set last year.

Other theater chains were hit nearly as hard. The nation’s largest chain, AMC Entertainment, saw its stock price fall 11.2% to $4.13 per share, continuing a month-long slide. Cinemark, meanwhile, fared even worse, with its stock price dropping 17.4% to $8.33. The chain, which is the third biggest in the U.S., on Monday said it’s going to keep its theaters open for now, despite Regal’s shutdown.

National CineMedia, which runs ads at movie theaters and online, was down about 8.5% to $2.57 per share. Imax was relatively unscathed compared to the rest of the theater industry, dropping 1.9% to $11.06 per share.

The theater industry’s rough Monday stood in stark contrast to the rest of the market, with the S&P 500, Dow Jones, and Nasdaq indexes all up 1.6% or more.

Earlier on Monday, Cineworld announced all 543 Regal Cinemas locations in the U.S. as well as 127 movie theaters in the U.K. and Ireland would suspend operations beginning this Thursday.

“As major US. markets, mainly New York, remained closed and without guidance on reopening timing, studios have been reluctant to release their pipeline of new films,” the company said in a statement, adding that 45,000 employees would be affected. “In turn, without these new releases, Cineworld cannot provide customers in both the U.S. and the U.K. — the company’s primary markets — with the breadth of strong commercial films necessary for them to consider coming back to theatres against the backdrop of COVID-19.”

The announcement, first teased on Saturday, was triggered by MGM and Universal’s decision on Friday to postpone the release of the new James Bond film, “No Time to Die,” from November 20 to April 2021. The Disney/Pixar film “Soul” now stands as the sole remaining major release in November and is expected to move as well.

“We are like a grocery shop that doesn’t have vegetables, fruit, meat,” Cineworld CEO Mooky Greidinger told the Wall Street Journal. “We cannot operate for a long time without a product.”