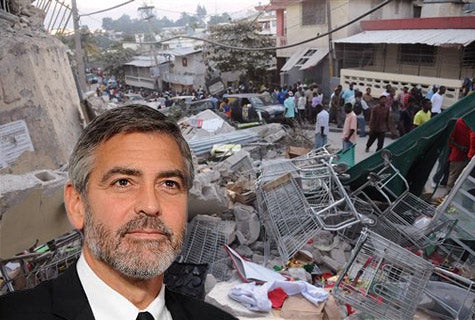 Megastar George Clooney is putting together a mega-telethon to benefit the victims of Tuesday’s 7.0 earthquake in Haiti.

All of the MTV channels worldwide, along with ABC, NBC, CBS, the CW, HBO and CNN, are going to air the telethon live on Friday, Jan. 22, from 8-10 EST, according to Clooney’s representatives.

Fox hasn’t yet signed on to the telethon, but an executive at a rival network indicated he couldn’t imagine it won’t support the cause. "We’re all going to do this. It’s too terrible not too," he said.

Joel Gallen, who produced the acclaimed "9/11: A Tribute to Heroes," is set to produce next week’s effort in support of Haitian earthquake victims. Singer Wyclef Jean and CNN’s Anderson Cooper are both expected to be involved in the project, a network in touch with Clooney’s team told TheWrap.

Clooney is known for his involvement in good causes, including calling attention to the refugee situation in Darfur.