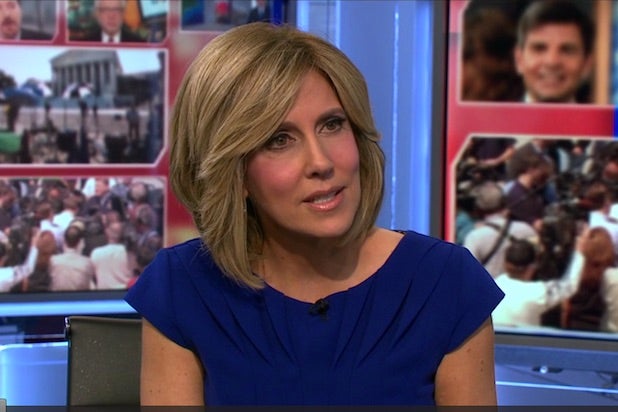 On the heels of Bill O’Reilly‘s ousting at Fox News comes a claim from former “Fox & Friend” co-host and current co-anchor of CNN’s “New Day” Alisyn Camerota that, “Yes, Roger Ailes did sexually harass me.”

On Sunday’s “Reliable Sources,” Camerota said she doesn’t relish talking about her experiences with O’Reilly and Ailes while working at Fox News because she doesn’t like the idea of criticizing her past workplace, but now feels as if there was a “tipping point.”

“Now, with Bill O’Reilly having been fired, it feels as though — if I take the Murdochs at their word — they really want to know what was wrong there and what the culture was like. And I don’t know how you get that from silence. So, it feels like this might be the right time to just have this conversation and let some daylight in.”

Camerota spoke out about the situation at Fox for the first time Thursday on “New Day,” saying, “There was harassment. And I tried in my own way to raise the flag and to talk to people about it. I went to my superiors to talk about it, and there was certainly a feeling of, ‘This is Roger. What are you gonna do?'”

“Let me be clear — Roger Ailes was, could be charming,” she told host Brian Stelter Sunday. “He could be quite charismatic. He could be uproariously funny. He could also be a bit of a bully, and mean. And he also was often kind of grossly inappropriate with things that he would say, and I think that many of us experienced that. He would talk about body parts. He would say ‘Give me a spin.’ He would want to be greeted with a hug.”

But the one time that stands out in Camerota’s memory was when she first started at Fox News when she told Ailes in the privacy of his office that she wanted more opportunity.

She summed up the experience, saying, “I was embarrassed, and it is sort of humiliating.”

On “Majority Report,” Republican consultant Margaret Hoover had similar things to say about working with O’Reilly at Fox News.

“[They] make you feel like you’re there as a blonde backdrop for O’Reilly’s opinions and not as a political analyst or a commentator who is there as a person in their own right with their own experiences and their own opinions as contributing. And that, frankly, was [a] pretty experience at Fox News for me with Bill O’Reilly, whose show I continued to appear on for about four years.

“I want to be clear,” she continued. “I was never sexually harassed explicitly by Bill O’Reilly, but there were moments that were very uncomfortable with him and I had to navigate a minefield, is what it felt like to me to make sure that I never was in an experience or a situation when I felt vulnerable. I mean, he would critique everything about our appearances as soon as we got on set, from the length of my eyelashes to the color of my lip gloss.”

How Harvey Weinstein’s Guilty Verdict Could Shape the Future of #MeToo Cases
2.

Why ‘Love, Simon’ Spinoff Series Is Moving to Hulu: Too Mature for Disney+
3.

Harvey Weinstein Guilty Verdict Is Victory for #MeToo and a Warning to Hollywood
4.