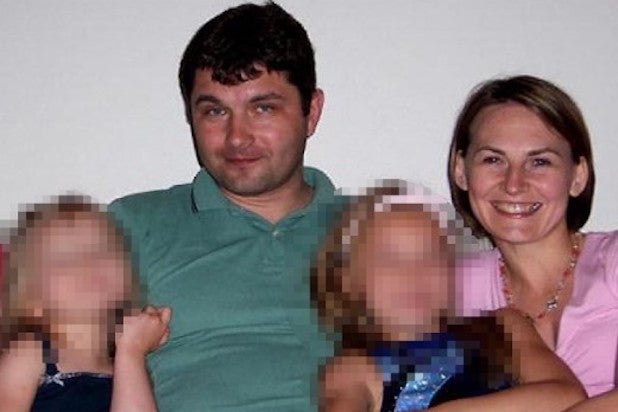 Don’t worry if you haven’t gotten enough of Russia stories on cable news recently, as CNN’s “Declassified: Untold Stories of American Spies” returns for its second season on Saturday.

The timely season premiere, “The Spies Next Door: Operation Ghost Stories,” is about undercover Russian sleeper agents living in the U.S. and one of the largest counterintelligence investigations in the history of the FBI. “Declassified” host and executive producer Mike Rogers is a former congressman and ex-chairman of the House Intelligence Committee — the position currently held by Devin Nunes.

Needless to say, his former colleagues have been in the news quite a bit pertaining to the committee investigating Russia potentially meddling in the president election. We caught up with Rogers for his thoughts on the Season 2 premiere, the current House Intelligence Committee and the FX hit “The Americans.”

TheWrap: Do you get concerned the season premiere will get bumped for breaking news?

Rogers: CNN is an important go-to, real-time news organization. If we get bumped, it will likely be for good reason but the Saturday time slot should minimize that.

Did you plan “The Spies Next Door” episode before Russia became such a focal point of the news cycle?

I actually wanted to do this episode in the first season, but because of the complexity of the story we waited. I’m glad we did. It gives a glimpse into how aggressive and patient the Russian intelligence services are at attempting to recruit spies and penetrate our government. It couldn’t be airing at a more important time.

Will the Trump allegations help drive viewers to the premiere or do you think people are getting burnt out on Russia stuff?

These were Russian spies with American sounding names who were posing as your neighbor, your work colleague, your friend. Having the possibility of a spy living next door draws people in who are not only interested in spy stories, but also those who are interested in learning more about how the Russians intelligence services operate after being exposed to the current news about their activities in the US. I believe it will only add to our growing audience for the show.

As the former congressman and chairman of the House Intelligence Committee, do you think the current committee is doing a good job pertaining to Russia meddling in the election?

I think Congressman Mike Conaway is doing the Russian investigation the right way. He is not announcing findings every day and he is not trying to litigate in the court of public opinion. He is doing the real work of accumulating facts before he releases his report. All committees should take note.

What should current chairman Devin Nunes be doing differently?

Devin should focus on all of the other threats that America’s adversaries pose. The world has plenty of intelligence and military services planning bad things for the U.S. To just name a few: Space, cyber, military operations in the Middle East, Chinese espionage, nuclear proliferation, ballistic missile proliferation, Iranian aggressiveness to North Korea. There is a lot of important work to be done and the Russia investigation is just a piece of it.

How did you go from Congress to hosting a show on CNN?

From all of my experience in the FBI and serving on the House Intelligence Committee, I got to encounter some great Americans doing great things for their country. I thought it was important to tell their stories in a way that people could relate to the real life challenges of the spy business. A cold pitch to Executive VP Amy Entelis at CNN about the idea and off we went. Being host and executive producer has been a great experience and very different from being a member of Congress. I still don’t have a beret, however.

What else can we expect from the new season of “Declassified?”

We have new twists on great cases that have all the international intrigue of a great thriller. Spies and bad guys wrapped up by some very high speed investigative work. If you like a good spy story, you are going to love season two of “Declassified.”

Have you watched “The Americans” on FX? If so, is it realistic?

My wife and I love it. I can say that the spy tradecraft you see is fairly accurate.  The recruitments are pretty true to course and the way they turn people into spies against the U.S. is consistent with Russian techniques. That’s where it ends in relation to real life. The killing and the number of operations all going on at once by one pair of Russian illegals is all Hollywood.  Entertaining, but not quite realistic.