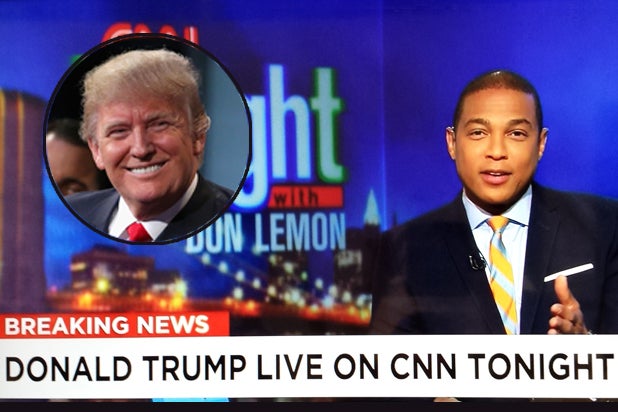 CNN has defended itself from criticism over the excessive Donald Trump coverage by saying there’s “nothing unusual” about the number of interviews and segments its dedicated to the real estate mogul.

“He is the front-runner,” Jake Tapper, who will host the second Republican debate on Wednesday, told Huffington Post in response to the backlash — even from voices within the network’s own ranks.

“If anything, the question should be why is Hillary Clinton, or other candidates, why are they not doing as many interviews as Donald Trump?” Tapper continued.

As TheWrap reported on Thursday, multiple network staffers voiced their concerns to CNN president Jeff Zucker about saturation coverage of the GOP front-runner; one pointed to the network bumping an Anderson Cooper special on the decade anniversary of Hurricane Katrina.

D.C. bureau chief echoed Tapper’s sentiment: “When the front-runner for the Republican or Democratic presidential nominations is available for an interview, of course I will recommend that a program do an interview … there’s nothing unusual about that whatsoever.”

CNN has a point regarding capitalizing on a ratings and political magnet when he wants to speak with the network. No network with competent executives and talent are going to turn down opportunities with a lightning rod like Trump.

The problem for many political and media analysts has been in the quantity of coverage and how it has potentially aided Trump’s climb to the top spot in the GOP field.