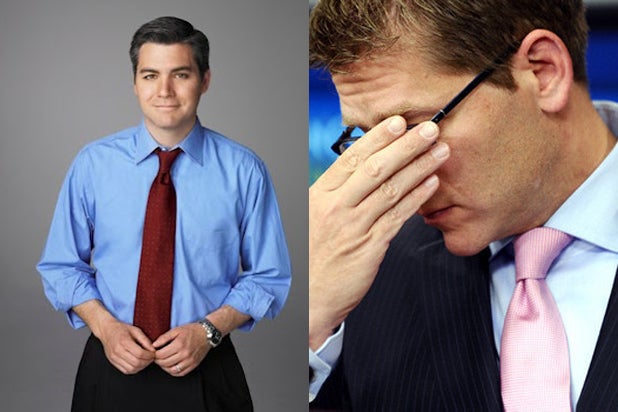 When CNN’s Jim Acosta tried to slip a reference to the popular Syfy movie, in which tornadoes full of deadly sharks attack Ian Ziering and Tara Reid, into his question during Wednesday’s briefing, Carney seemed confused.

“Are we looking at sort of a Gridlocknado, where we could have the government shutdown at the end of the month, and then go into default a couple of weeks later?” Acosta asked.

The room responded with a sprinkling of polite laughter and generous helpings of awkwardness.

“The, uh … I’m not sure about the ‘nado’ part of it,” Carney said (the White House’s official transcript had him saying “NATO”).

He then answered the question without any references to sharks or tornadoes.

A sequel to Sharknado is scheduled to be released in 2014. So far, there are no signs that it will feature Washington D.C. or address the partisan gridlock that has crippled the Congress and its ability to pass any new laws.