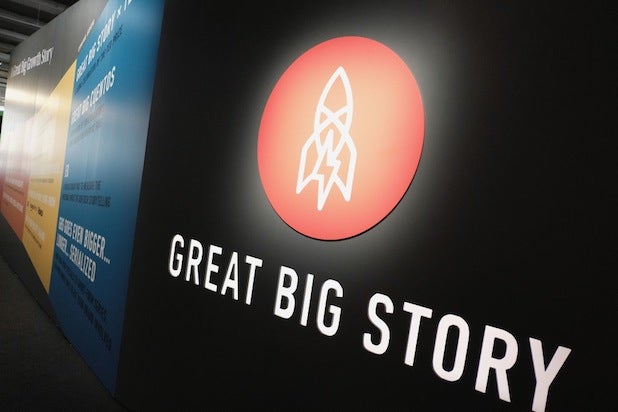 Social video startup Great Big Story is set to receive a $40 million investment from CNN Worldwide — its parent company — to turn the platform into a 24-hour streaming channel.

GBS specializes in short-form content, with most of its videos running for less than three minutes. It focuses on unheralded stories and people, like its profile of an underground Turkish city or a Baltimore non-profit helping to cover up racist tattoos.

In a phone interview with TheWrap, Great Big Story co-founder Andrew Morse said the company is looking forward to building on its passionate audience and expanding GBS’s reach.

“There’s a tremendous appetite in the marketplace for streaming video,” said Morse. “We felt comfortable with where we are to date with the company, and we looked at this marketplace opportunity — and frankly we don’t see anything like GBS out there in the live-streaming space — and it really seemed like a no brainer. This was just the right time to scale the company.”

Morse said the bulk of the investment will go towards building a 24-hour network, as well as its slate of content. Starting next summer, GBS will distribute on web-TV streaming services like AT&T’s DirecTV Now or Dish Network’s Sling TV.

GBS reaches up to 60 million people each week with its clips, with the average age of its viewers coming in at 27.

Altogether, GBS has raised $70 million and is valued between $200-250 million, according to Bloomberg.