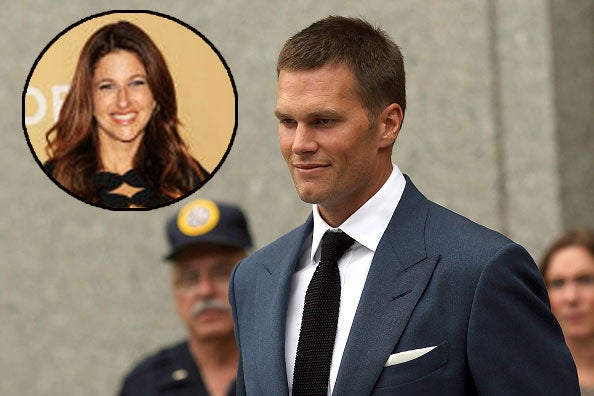 While many in the sports world greeted the nullification of Tom Brady‘s four-game suspension over the “Deflategate” scandal with shock, CNN sports anchor Rachel Nichols was not among them.

“I’m not surprised because the judge dropped hints along the way that he might go this way, but I’m struck by how big it feels,” Nichols told TheWrap after U.S. District Court Judge Richard Berman struck a huge blow to the NFL and Commissioner Roger Goodell on Thursday by overturning the New England Patriots quarterback’s punishment.

The commissioner “put his credibility on the line by pursuing a circumstantial case against the most accomplished quarterback of this century, a Mr. All American who just happens to be married to the world’s most famous supermodel,” said Nichols, who will host CNN’s “Pro Football Preview” with  Hall-of-Famer quarterback Dan Marino on Sunday, Sept. 6, at 3:30 p.m. ET.

“Those were the stakes for Roger Goodell — and he lost,” she said. “That feels pretty huge.”

The NFL quickly appealed Berman’s ruling, but the league did not seek an emergency stay, freeing Brady to play the Super Bowl champions’ opening game against the Pittsburgh Steelers on Sept. 10.

Nichols, an ESPN veteran who’s been with CNN since January 2013, told TheWrap what impact the ruling might have on the future of America’s biggest sport.

Do you think Judge Berman made the right decision?
What became interesting to me about this case as it’s morphed and dragged on is that you can simultaneously say, “Gee, there’s enough there to feel make it like something fishy happened with those footballs,” and that the league office mishandled things.

What does this mean moving forward for Goodell and his power over the NFL?
Hundreds of millions of football fans can think this is a huge embarrassment for the NFL, but there are only 32 people whose opinion matters — the NFL owners. Now we know the Patriots ownership [under Robert Kraft] isn’t happy with Goodell, but there have been a spate of other owners who’ve come out in support of Goodell in the past few weeks, so we haven’t seen anything yet that would indicate his job is in trouble.

However, will he now have less authority when he tries to lead going forward? Or less ability to affect change? We’ll have to wait and see.

Do you think the NFL appeal will be successful?
It certainly could be. In 2004, [Ohio State] player Maurice Clarett sued the NFL to allow him to enter the draft early, and he won the first round in U.S. District Court — the same level of court that Brady just won — then the NFL appealed. They won that round and won the case overall. So you never know. It’s possible, but it won’t be easy.

Will this impact other suspensions such as Dallas Cowboy Greg Hardy [who is suspended for four games for domestic abuse]?
We’ve seen reports that Hardy might now challenge his current suspension. In reality, the law on the two cases don’t really overlap — if Hardy changes his mind because of the Brady decision, it’s more about being emboldened by seeing the Commissioner look vulnerable.

It’s been a controversial week for the NFL with leaked emails from Sony revealing that football drama “Concussion” was altered to avoid the league’s wrath, to the Thursday’s overruling —  will this lead to any changes in the long run?
I wish I could say a resounding yes — but as you can see from the NFL announcing their intent to appeal, they still don’t see themselves as in the wrong here. I’m not sure change comes from that position.

The cost of Deflategate has been estimated at $10 million including legal fees on both sides and the 243-page Wells Report. Has it been worth it?
It certainly seems like a lot of wasted money on a few probably deflated footballs, even for an organization that makes $12 billion a year.

Now that Brady is back as the starting quarterback, what are Patriots chances of a Super Bowl repeat?
The hardest thing to do is win consecutive Super Bowls — it’s a lot tougher than just winning one. So the odds are never in favor of it, but that being said, the Patriots are a strong team and they certainly have a chip on their collective shoulder right now. That’s always dangerous.