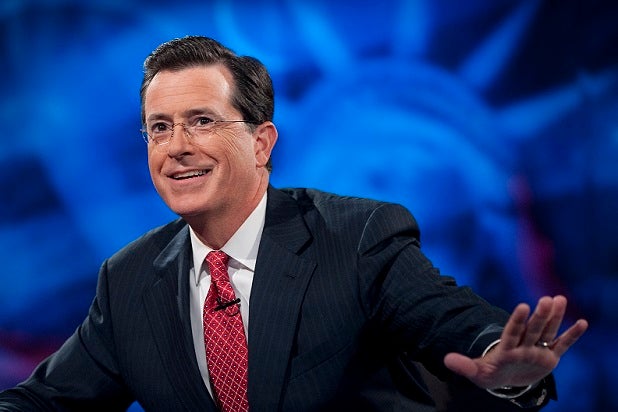 With Stephen Colbert preparing to depart “The Colbert Report,” Comedy Central has released the guests for his final run of episodes, which will end Dec. 18.

Actor Seth Rogen will drop in on the show Dec. 15, with rapper Kendrick Lamar appearing the following day.

“Redeployment” writer Phil Klay will be Colbert’s guest on Dec. 17. The final night, Dec. 18, is reserved for Colbert’s colleague and lifelong friend Grimmy.

Colbert is moving from Comedy Central to CBS, where he’ll take over “The Late Show” from David Letterman, whose last show will be May 20.

“The Colbert Report” airs on Comedy Central at 11:30 p.m. ET. It will be replaced by “The Nightly Show With Larry Wilmore,” which will star “Daily Show” correspondent Wilmore and premieres on Jan. 19.