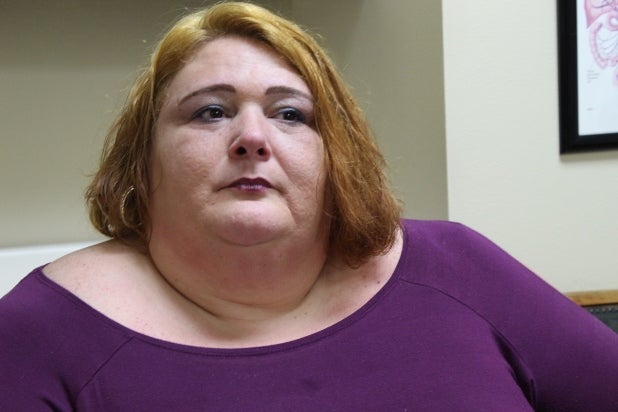 Coliesa McMillian, who appeared on Season 8 of TLC’s “My 600-lb Life” earlier this year, has died at the age of 41.

A relative told TMZ that McMillian died Tuesday at a hospital in Louisiana. TLC confirmed the news on Twitter Thursday.

“TLC is saddened to learn of the loss of Coliesa McMillian, who shared her story on My 600lb Life. Our deepest condolences to her family at this difficult time,” the network wrote.

TMZ also noted that McMillian weighed 643 lbs. in March when she appeared on the show and that she had four daughters who inspired her to go on the show in order to deal with her disordered eating and get back control of her life.

In a clip from the show posted to TLC’s Twitter in March, McMillian describes going through multiple hardships prior to going on the show, including leaving her ex-husband, suffering a heart attack, and losing her fiance in a car accident. She described eating to

“I’ve allowed food to waste my life. Just the hunger and the want and the crave. It’s taken over my life and I’m exhausted,” she said in the clip, which you can watch below. “Living like this is not living. If I don’t lose this weight, I’m going to die.”

According to TMZ, McMillian underwent weight-loss surgery and suffered complications that put her on life support.

Her cause of death has not yet been reported.

"Living like this is not living." Tune in to a new #My600lbLife tonight at 8/7c. pic.twitter.com/JTN73ULoqQ

10 Celebrities You Had No Idea Dropped Out of College, From Ryan Seacrest to Oprah (Photos)

With many college students taking gap years or studying remotely, we took a look at stars who ditched the diploma

This fall, many college students are taking gap years -- or studying remotely rather than going to class in person. But success doesn't always need a college degree. Here are 10 celebrities who ditched collegiate life to follow their ambitions.