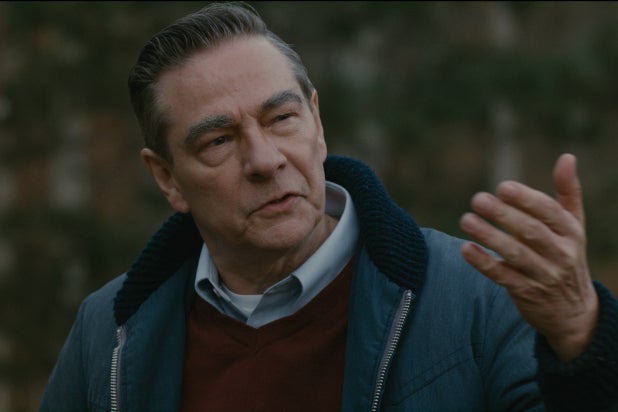 Chances are that many adolescents who read J.D. Salinger’s “The Catcher in the Rye” end up identifying with the novel’s wayward and angst-ridden protagonist, Holden Caulfield. They feel his cynicism about life, his fear of becoming an adult and his anger about hypocrites, whom he dubs “phonies.” It’s as if the story is about them.

In writer-director James Steven Sadwith’s first theatrical feature, the 1969-set “Coming Through the Rye,” Jamie Schwartz (Alex Wolff, “My Big Fat Greek Wedding 2”) is one such “Catcher” devotee. He’s so enamored by the book, in fact, that he’s adapting it as a play for his senior project at a Pennsylvania boarding school, where he’s continually harassed by classmates. (Jamie’s a nerdy straight arrow who once exclaimed, “You’re going to get addicted!” when his older brother smokes some weed.) “It spoke to me,” he tells a nearly eye-rolling professor, who has certainly heard this claim about the book before.

The professor humors him but asks one important question: “Do you have [Salinger’s] permission?” Jamie gets nowhere writing letters to publishing companies and anyone else who might know how to reach the reclusive author. So after some jocks ransack his room for fun, Jamie decides he’s endured enough and quits school to seek out Salinger in person, with only a broad clue about where he lives. When Deedee (Stefania Owen, “Krampus”), a student at a sister school who has a crush on Jamie, hears about his plan, she offers to drive him. Her motive, however, isn’t pure; she tells Jamie that she likes an adventure, but really she just wants to persuade him to go back to school.

“Coming Through the Rye” is reportedly based on Sadwith’s own high-school experience, and the results are pleasantly mellow but not without flaws: The director draws Jamie with a few too many parallels to Holden, including his red hunting cap, his isolation and even a line in which Jamie declares his school “full of mean guys and phonies.”

At the beginning of the film, Jamie breaks the fourth wall a couple of times to address the audience; that tack then disappears for the remainder of the story. And as far as the strenuously magical, sun-drenched romp that Jamie and Deedee take through a field of blowing dandelions, well, maybe you’re the kind of person who wouldn’t regard that as a weakness.

It’s no spoiler to say that Jamie does find Salinger (Chris Cooper) after a frustrating search; the locals are protective of the writer, with one man telling him, “Nobody finds him, nobody talks to him, nobody gets to him.” Getting to him, though, isn’t the same as getting through to him, as Jamie finds out. “Coming Through the Rye” is therefore not really about the hunt, but rather about the universal experience of feeling a kinship with an artist who touches you. (“I just feel like, when I meet him, he’ll know me,” Jamie says.) It also speaks to the axiom about meeting your heroes.

Other themes include grief, the confusion of first loves and the compulsion to create, along with its attendant feeling of ownership and protectiveness of your characters. Jamie’s slavishness to Salinger’s words in his play aren’t good enough for the writer: “These are my children,” he says. “They belong to me.” Sadwith gets these details right — Salinger was a recluse until his death in 2010, and he never gave up the rights for his novel to be adapted in any way.

Despite its missteps, “Coming Through the Rye” is a sweet and inviting road trip, taking place in the colorful fall and accompanied by an indie soundtrack that lulls. It’s also a trip back in time, offering the now-archaic sound of a typewriter’s taps and the quaintness of a period in which a man and woman had to be married to secure a motel room. The fledgling relationship between Jamie and Deedee is touching, too, with both actors giving natural if not outstanding performances.

There’s no exciting payoff here, but lessons are learned, both from the book and from the reality that surrounds it.