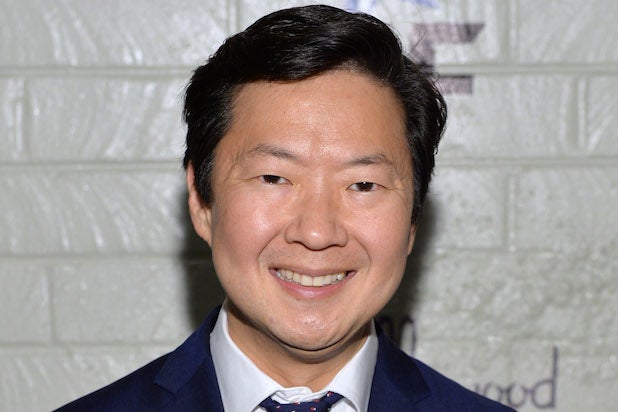 “Community” may have been cancelled but Ken Jeong has landed a new teaching gig, as he has closed a deal to join the cast of CBS Films’ comedy “The DUFF,” TheWrap has learned.

Ari Sandel is directing from a script by Josh A. Cagan, who adapted the novel by Kody Keplinger.

Story follows Bianca (Mae Whitman), a high school senior whose world is turned upside down when she discovers she’s been labeled her social group’s DUFF (designated ugly fat friend), a sidekick of sorts to her prettier, more popular friends. She becomes determined to reinvent herself, enlisting her fellow DUFFs in a scheme to overthrow Madison (Bella Thorne), the school’s evil queen.

McG and Mary Viola are producing for Wonderland Sound and Vision along with Vast Entertainment’s Lane Shefter Bishop, who brought the book to Wonderland. CBS Films boarded the project in 2011, and its executives Mark Ross and Alex Ginno will oversee the project on behalf of the studio.

Production is expected to start this summer in Atlanta.

Jeong, who previously starred in “The Hangover” series, recently worked with Michael Bay on both “Transformers: Dark of the Moon” and “Pain & Gain.” He also voiced characters in “Despicable Me 2” and “Turbo,” and executive produced “Ktown Cowboys.” He’s repped by CAA, Aligned Entertainment and attorney Chad Christopher.