Missed TheWrap’s big awards bash at the Four Seasons? There’s still time to get in on the party, as the Oscar wining and dining hits peak season. Although, as anyone knows, not just anyone can gain that prized entry.

Here’s our rundown of the big parties yet to come, who’s tossing them, who you should blame for leaving you off the invite list — and how you can (virtually) attend even the Vanity Fair bash.

Greener Cities for a Cooler Planet 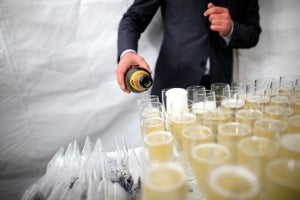 The Logline: Big and loud, Global Green always injects a message of climate change to Oscar week via major music performances and celebrity hosts at the Avalon in Hollywood. If Rolling Stone threw an Oscar party, Wednesday night’s party would be it.
Star Power: This year’s hosts include Orlando Bloom, Salma Hayek, Woody Harrelson, Neil Patrick Harris, Adrian Grenier and Zachary Quinto.
Suit Power: James Cameron.
What’s in the Goodie Bag? While sponsor Chevy can’t fit its Volt vehicle into a gift bag, look for swag from Caroma, Pureology, 360 Vodka, Alternative Apparel, Centropolis, Newton Vineyard and Office Depot.
The List-Master Who Didn’t Invite You: This is the one you’re actually invited to! (Don’t get used to it.) General-admission tickets are still available starting at $75 right here. Bonus: Live performances by supergroup Camp Freddy and Benji & Joel Madden.
Where You Can Follow Along: My own @CelebSightings on Twitter. 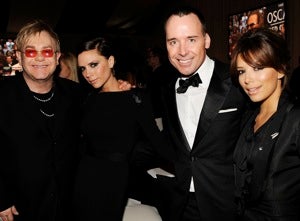 Suit Power: Four previous Best Picture winners — Cathy Schulman (“Crash”), Donna Gigliotti (“Shakespeare in Love”), Wendy Finerman (“Forrest Gump”) and Lili Zanuck (“Driving Miss Daisy”) join Tara and Peter Guber, who will host the event at their Bel-Air spread.
What’s in the Goodie Bag? Clothing from designer Max Mara and MAC makeup.
The List-Master Who Didn’t Invite You: The powerbrokers at the newly merged PMKBNC.
Where You Can Follow Along: At the Women in Film site.

The Logline: The 20th annual dinner party at the Beverly Hills Hotel focuses on quantity —  dinner for 670 — and a self imposed three-digit quota of celebrity talent.
Star Power: Last year brought out Jon Favreau, Joely Fisher, Garcelle Beauvais-Nilon, Chevy Chase, Jeff Garlin, Tony Shalhoub and Kevin Dillon.
Suit Power: “Not many,” according to the celeb-focused organizers. Any non-celebrity deemed worthy of an invite pays $1,000 for a seat.
What’s in the Goodie Bag? Nothing. Invitees already picked up goodies such as “vegan leathers” and solid gold sunglasses with diamonds from Just Look’n at a pre-party gifting suite last week.
The List-Master Who Didn’t Invite You: Veteran music agent Norby Walters. 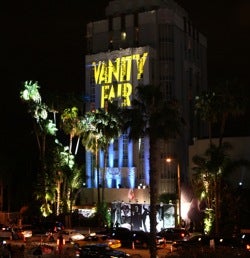 Where You Can Follow Along: More than 300 members of the media are credentialed for this event, so professor Google should have live coverage.
Elton John
The Logline: Sir Elton’s annual soirée has raised $25 million to date for AIDS research.
Star Power: Grace Jones headlines the live entertainment.  David and Victoria Beckham, Elizabeth Taylor, Nicole Kidman, Lenny Kravitz, Ellen DeGeneres and Portia de Rossi will await the arrival of possible winners like Kathryn Bigelow and Gabourey Sidibe.
Suit Power: Marilyn and Jeffrey Katzenberg, ICM’s Ed Limato.
What’s in the Goodie Bag? Guests are advised to get to the goodie bags early — Chopard Diamonds is a chief sponsor. With Sunset Boulevard construction causing traffic snarls nearby, guests would be excused for trying to fly in to the bash. Luckily, this Oscar-night institution has its own official airline — American.
The List-Master Who Didn’t Invite You: John and David Furnish hand-pick all the celebrity invitees, while the evening’s beneficiary — the Elton John Aids Foundation — handles the invites for a few philanthropic civilians among the crowd of 700.
Where You Can Follow Along: Rumor has it E!’s Marc Malkin will be live-tweeting.
Vanity Fair
The Logline: Probably the most exclusive social event anywhere in the world. Given the choice between an Oscar and getting into the Sunset Tower bash, many in the industry would have a tough choice.
Star Power: Above-the-line talent and single-name icons only: Oprah, Madonna, Meryl, Penelope and all the acting award winners. The only mystery: Who will be this year’s token “Civilian in Wonderland” invitee to fill the shoes of 2009’s Capt. Sully Sullenberger?
Suit Power: As a rep for the party says, “The ones you expect to be there, will be.” I expect: Rupert Murdoch, Guy Oseary, Tom Rothman, Tom Freston, Steve Tisch, Patrick Whitesell and Bryan Lourd.
What’s in the Goodie Bag? No sponsors and no gift bags. This crowd doesn’t need anything.
The List-Master Who Didn’t Invite You: Graydon Carter, Sara Marks and Jane Sarkin. According to the rep, “a few others” joined the power troika during the two-month list deliberations this year.
Where You Can Follow Along: VF’s tweeting online editor Michael Hogan will provide minute-by-minute minutiae.