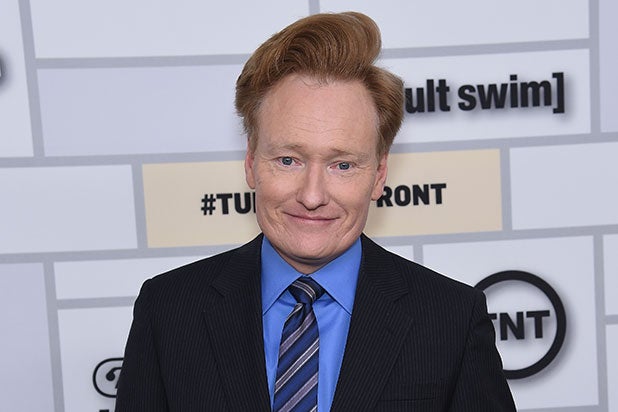 Conan O’Brien will host a special overnight stay in the rafters of the “Conan” studio through Airbnb.

On June 3, one winner and a guest will not only get the opportunity to spend the night in the studio on the Warner Bros. lot, but will also have a bird’s eye view of a taping of the TBS late-night talk show.

That’s not all, folks. O’Brien will interview the winners, and they’ll even get free parking — a rare experience for Los Angeles tourists.

“Are you a fan of rafters built in 1927? Do you admire the kind of craftsmanship that only existed for a brief moment between the two World Wars? Then this contest is for you,” the Airbnb listing reads. “Look down from the very rafters that kept a watchful eye on the filming of such classics as ‘Mildred Pierce,’ ‘The Big Sleep,’ and ‘The Karate Kid Part II.'”

Feeling lucky? Head to Airbnb’s website by June 1 at 11:59 pm CT, and answer one simple question: “Tell us a little about yourself and why on earth you’d want to spend five minutes in our rafters, much less a whole night.”

“No throwing D batteries at the host during the show,” the contest warns. “Please save those for the commercial break.”