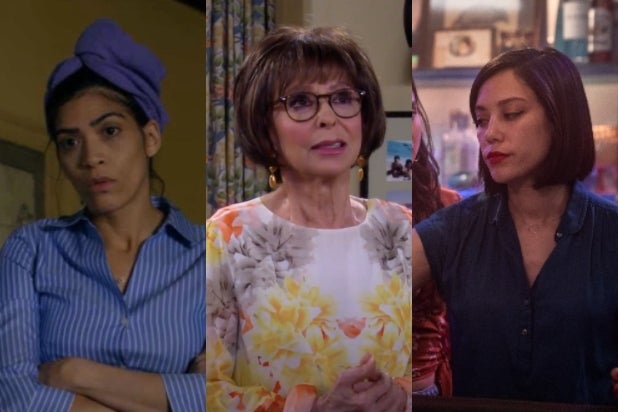 In a year in which representation for minorities on television has been brought to the forefront of Hollywood’s agenda, the Emmy Awards are being called out for their lack of nominations given to Latinx actors and shows.

The Congressional Hispanic Caucus called the lack of nominations “a demoralizing disappointment for the U.S.’s largest minority group” in a tweet Tuesday, urging Hollywood to “acknowledge and address the erasure of Latinx actors.”

The caucus consists of 38 members that advocate for issues important to the Latinx community via the legislative process in Congress. In its tweet, the group incorrectly said that no Latinx actors were nominated, when in fact Alexis Bledel — nominated for her guest role on “The Handmaids Tale” — identifies as Latinx.

Reps for the Television Academy did not immediately respond to TheWrap’s request for comment.

Also Read: Inside the LatinX TV Explosion, From 'Narcos: Mexico' to 'One Day at a Time'

This year did mark a record-high in terms of diversity within the nominations. Nonwhite performers received 41% of the acting nominations this year, with the majority of that statistic being made up of Black actors. Only a handful of nominations were given to Asian/Pacific Islander actors, including Sandra Oh, Dev Patel and Rain Valdez. Taika Waititi, who is of Maori descent, was nominated in the voiceover category.

Opinion pieces have been published in the Daily Beast and Entertainment Weekly pointing out the many worthy Latinx acting candidates who were overlooked, like Rita Moreno for “One Day at a Time,” Melissa Barrera and Mishel Prada for “Vida,” Laura Gómez for “Orange Is the New Black,” Julio Torres, Ana Fabrega, Bernardo Velasco, and Cassandra Ciangherotti for “Los Espookys,” Joaquín Cosío for “Gentefied,” Mj Rodriguez for “Pose,” and Harvey Guillén for “What We Do in the Shadows.”

Film critic Carlos Aguiar also pointed these out in a tweet, highlighting “One Day at a Time,” “Vida” and “Gentefied,” and specifically Moreno, an industry veteran, as strong contenders. The National Association of Hispanic Journalists retweeted both Aguiar the story from EW’s Rosy Cordero.

In a call to action, the Congressional Hispanic Caucus tweeted, “Studio executives should green-light more films and shows starring Latinos, made by Latinos and telling Latino stories. Latino stories are American stories. Our stories are as good as anyone’s–as universal, as moving, as funny, as heroic. We deserve the opportunity to tell them.”