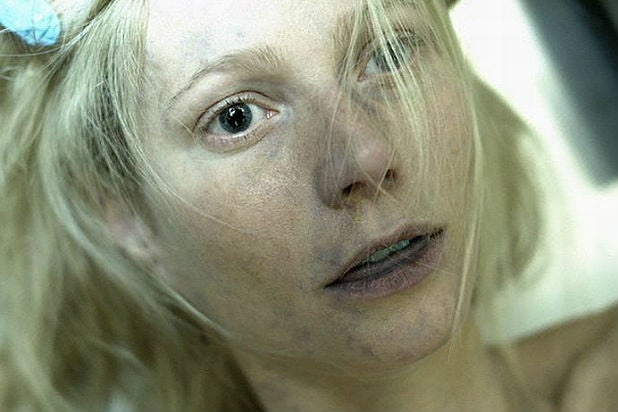 Screenwriter Scott Z. Burns did extensive research into the spread of infectious diseases when he was writing the 2011 Steven Soderbergh film “Contagion,” and what he sees now with Ebola scares him.

But it’s not the virus itself that frightens Burns – it’s the reaction to it.

“We have the science to contain this,” Burns told TheWrap this week. “There are people in the world today who have stared down Ebola successfully in very difficult places – and I am optimistic that if we support those people and give them the resources they need, this can be contained.

“What scares me more than Ebola are the more mundane viruses of stupidity and fear and partisan politics.”

Burns said that “Contagion,” which in 2011 made $135 million worldwide dramatizing a global pandemic, was based on rigorous research and was designed to communicate ideas about the way pandemics could be made worse by fear, hysteria, social inequity and a lifestyle that allows unknowingly infected patients to hop on airplanes and travel – something that reportedly happened with an Ebola-infected nurse in the United States.

“Those were ideas that Steven and I wanted to communicate in the movie,” he said. “And it was interesting to see today that CNN was attributing the falloff in the stock market to Ebola fears, because that’s something else we talked about when we were doing ‘Contagion.'”

Participant Media produced “Contagion” – and according to the company’s CEO, Jim Berk, Participant also envisioned the film as a warning.

“Showing what a real-life global pandemic would look like, ‘Contagion’ was partly an effort to better prepare the country against threats like Ebola,” said Berk in a statement to TheWrap. “While the deadly virus in the film is fictional, the science behind it is not. Top health experts, including those from The Skoll Global Threats Fund, consulted with Scott Z. Burns, Steven Soderbergh and the cast so that ‘Contagion’ was as realistic as possible.”

The government response, said Burns, is one problem with the reaction to Ebola – both in the way funding to the Center for Disease Control was cut in the last decade, and the manner in which the cuts are now being politicized.

“It’s turned into a political problem now,” he said. “People are blaming the Republicans for cutting funding, and other people are now saying the president also cut funding to the CDC … We’re placing blame, and that’s just not very helpful.”

But it is hardly the only problem with the response to Ebola, he added. “What we’re seeing now is a series of very big mistakes, starting with an incredibly inefficient and poorly orchestrated response when Ebola first appeared in West Africa, going through to the decision of a nurse with a fever to get on a commercial flight.”

While many of the events playing out with Ebola remind Burns of themes from “Contagion,” he added that the film and current events differ in a substantial way. “The one significant difference is that the virus in ‘Contagion’ was a new virus that had just jumped into our species,” he said. “Ebola is a disease we’ve had 40-some years of experience with, so what’s particularly alarming is that even with our experience we’re making a lot of rookie mistakes.

“I certainly don’t want to scare people, because that seems what most of the media is doing a great job of doing. But when I did my research, all the experts told me that they expected there to be a pandemic of some kind of influenza, like we saw in World War I with Spanish Flu. And this isn’t that. This is not what they would call the big one.”

Still, Burns insisted that the virus can be controlled, though it’d help if the hysteria around it is managed as well.

“I think diseases have a way of shining a light on our weaknesses, and that’s what we’re seeing.”