Fox Nation, which picked up the previously canceled “Cops” in Fall 2021, has set a premiere date for the first three episodes of the upcoming season.

“Cops” Season 34 will premiere with three 20-minute episodes on Sept. 30, TheWrap can exclusively reveal. Additional episodes of the show will debut on the streaming service on Fridays at 6 p.m. ET this fall.

“It has been nearly one year since we greenlit ‘Cops’ and the reaction has been positively overwhelming,” Jason Klarman, president of the streaming service, said in a statement. “Our subscribers continue to flock to the series and we’re excited to provide our engaged audience with more of the exclusive content they have come to rely on from FOX Nation.” 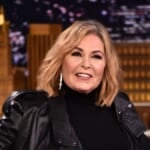 The long-running show was canceled by Paramount Networks in 2020 following the death of George Floyd and the associated protests and national reckoning over police brutality. It quietly began filming again later that year, though episodes filmed at that time – to meet contractual obligations – were not expected to air in the United States.