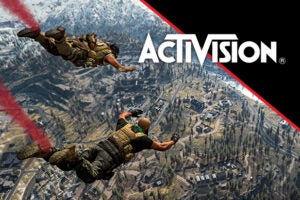 With the announcement on Wednesday that movie theaters in three Indian states will be closed through the end of March, half of the top 10 markets in the global box office now face at least partial shutdowns of their movie theaters due to the pandemic.

The other countries in the top 10 that are facing various levels of closures are China, Japan, South Korea and Italy. China is the most severely hit, as tens of thousands of theaters nationwide have been closed since the start of the Lunar New Year holiday period in late January. That has erased a critical profit period for the Chinese box office that contributed $835 million to the country’s $9.3 billion total in 2019.

Last week, financial analysts told TheWrap the coronavirus would cost the box office at least $5 billion in global revenue and possibly more if the pandemic persists well into the summer.

Combined, the five top markets facing closures contributed approximately $16.5 billion to the global box office in 2019, according to the Motion Picture Association’s annual THEME report released on Wednesday. That’s 39% of the $42.2 billion grossed globally last year — though it’s worth noting that theater closures have not spread nationwide in all five countries (at least not yet).

The viral outbreak has already prompted studios to push back major global releases like the James Bond thriller “No Time to Die” and “Peter Rabbit 2,” which had previously been scheduled to open in April.

Pinarayi Vijayan, the chief minister of the Indian state of Kerala, on Tuesday ordered the closure of all schools, universities and cinemas until at least March 31 in the region on the country’s southwest coast. Movie shoots in the region are also being shutdown, and on Wednesday, the states of Jammu and Kashmir also announced that movie theaters will be closed there until the end of March.

Several movie theater chains in Japan and South Korea have announced partial closures in regions where the coronavirus has been most widespread. Some companies, like 109 Theaters in Japan, are reducing the number of seats sold for each auditorium, keeping every other seat empty to allow space between moviegoers. Shares for Toho, a cinema chain and film studio that owns the Godzilla franchise, are down 24% from the start of the year.

Partial closures and reduced capacity has also spread to France, particularly in northern regions. The country’s National Centre for Cinema (CNC) announced on Wednesday that movie theaters, production companies and distributors will be able to have their applications for state subsidies fast-tracked as part of an effort by President Emmanuel Macron to support businesses hurt by coronavirus shutdowns. Many movie theaters in northern France that haven’t closed are keeping every other row of seats empty, and the rest of the film industry has been hit with film shoot cancellations and the possible cancellation of the Cannes Film Festival, though the festival’s director says he’s “reasonably optimistic” that the event will still go on.

Outside of the global top 10, other countries like Poland, Kuwait, and Lebanon have also announced movie theater closures with more Middle Eastern nations expected to do the same. Aside from China, the hardest hit country has been Italy, which has also had all theaters closed as part of a nationwide lockdown announced Tuesday by Prime Minister Giuseppe Conte.

One major market that hasn’t closed theaters or reduced capacity yet is the United States. On Tuesday, the California/Nevada division of the National Association of Theater Owners announced that movie theaters in Santa Clara County, one of the areas hardest hit by the virus so far in the U.S., will remain open this weekend. County health officials announced a ban on “mass gatherings” that draw over 1,000 people into a single space, but this does not apply to cinemas as modern movie auditoriums hold a maximum capacity of 180-220 people.

Pacific Northwest Theater Owners, the NATO regional office for Washington State, told TheWrap that theaters will also remain open there this weekend. Over 700 cases of coronavirus have been reported so far in the U.S.