Who is Ken Starr? 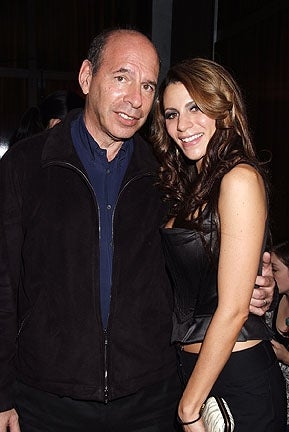 Until Thursday, when the New York money manager grabbed headlines as the alleged center of a $30 million Ponzi scheme, Starr operated in the shadows, despite an A-list client list that included Martin Scorsese, Uma Thurman and Ron Howard.

If anything, the flashiest thing about the 66-year-old Starr was his wife, the ex-stripper Dawn Passage (shown right). Well, Passage … and the $7.5 million Manhattan condominium with a 32-foot lap pool that Starr purportedly used his clients' money to buy.

Following a long-running investigation by the Internal Revenue Services' criminal investigation division, Starr was arrested at his Upper East Side apartment while hiding in a closet. He is currently charged on three counts — wire fraud, fraud by an investment advisor and money laundering — and is being held without bail.

RELATED | THE DAILY BEAST: The Pole Dancer and the Ponzi Scheme

In 2008, Starr did turn up on a prospecting trip at the Sun Valley Media Conference — where mega-moguls like Bill Gates, Warren Buffett, Rupert Murdoch, Michael Eisner mingled with the likes of Rachael Ray, Anderson Cooper, Google's Sergey Brin and Larry Page and then-William Morris Agency chief Jim Wiatt, reportedly one of the unnamed clients referenced in the criminal case.

For the most part though, his 70-person company kept its head down, refusing to call attention to itself by maintaining something as pedestrian as, say, a website.

And that's likely just how Starr wanted it. 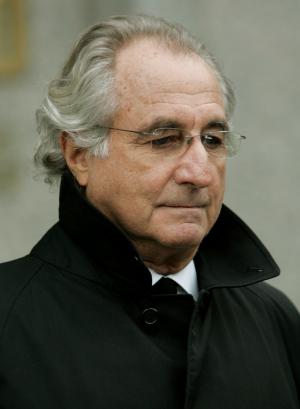 "For some of these guys, having a public presence would be the kiss of death," said Mitchell Zuckoff, author of "Ponzi's Scheme," a history of the financial fraud's namesake. "The minute they go public, the velvet-rope effect is lost. If he has a website, he's Charles Schwab. It's the same thing that makes clubs in the meatpacking district so popular, where there's no sign on the door and you have to know someone to get in."

The air of exclusivity was key for recent Ponzi schemer Bernie Madoff, who became the envy of Wall Street with consistent returns — until his $18 billion fraud was revealed. Though certainly not on the same level, if the allegations against Starr prove true, then experts believe he used a similar modus operandi to Madoff and Charles Ponzi.

Like Madoff and Ponzi, the success of Starr's enterprise would have depended on a certain kind of clientele.

"Hollywood investors are an elite type of investor. They have a significant amount of money and they want to protect it," said Ed Ketz, professor of accounting at Pennsylvania State University and the author of "Hidden Financial Risk." "They're looking for a much higher return than the one you or I might get and they think they're smart enough to find someone capable of generating it for them."

Starr likely ingratiated himself to the entertainment industry's elite by attending the right parties and serving on the right charitable boards, according to Dr. Alden Cass, a therapist who caters to Wall Street clients and the author of "Bullish Thinking." (Cass and the other experts interviewed by TheWrap all stressed that they did not have specific insight regarding Starr and were only drawing on media reports).

"These are boutique investors, they're dependent on word of mouth," Zuckoff said.

That means Ponzi operators don't actively solicit clients, they wait for marks to come to them. This form of ensnarement is very much on display in descriptions of the way that Starr attracted a jewelry dealer client in the criminal complaint filed on Thursday.

That client has since been revealed to be Jacob Arabov, better known as Jacob the Jeweler. Arabov, who would go on to lose some $14 million in investments he made with Starr, first encountered him at a May 2006 charity event hosted by a prominent philanthropist.

Shortly thereafter, Starr visited Arabov's store, first buying a $70,000 watch and, over a period of months, more than $400,000 worth of jewelry such as diamond chandelier earrings and a diamond bracelet. Though Arabov learned that Starr was in the investment business, the money manager did not initially pitch any opportunities. Rather he became an increasingly familiar presence to the point where Arabov says he came to consider him "like a brother."

Just over a year later, Arabov was arrested for narcotics conspiracy. With jail looming, he confided to Starr that he was anxious about his wife's financial situation. Yet Starr seemed to deflect early entreaties to take on Arabov as a client, holding him off by saying he was "almost ready" to allow him to invest because they had become friends.

If history is any guide, that sort of coyness is not unusual.

"Madoff turned people away, you often had to know someone to get access," Zuckoff said. "It's people saying 'you should talk to my guy.'"

Once Starr did consent to allow Arabov to invest, he promised that he would make his friend rich off stakes in the Chinese internet and voting machines, allowing him to make five to ten times his investment.

"This is a true Ponzi," Ketz said. "It carries with it a promise of higher-than-average returns with little or no risk promised. Secondly, it uses the funds received from investors to skim off the top."

The elaborate deceptions quickly multiplied, with Arabov sinking more and more money into Starr's schemes, but seeing nothing in return. When pressed to share the fruits of their investments, Starr kept promising big sums.

According to the complaint, Starr told the Arabovs on a phone call: "So what you will be getting over the next three and a half weeks will be approximately $9 million and then next year he has already booked in 12 million for you That's between…Colombia, Honduras and Peru and the following year is Mexico…Mexico is about a $30 million check to you."

The Arabovs allegedly did not see most of those checks, receiving less than $200,000 for the millions of dollars they invested. At various points, he would keep the couple at bay, according to the complaint, with such far-fetched explanations as their payments had to first be routed through Venezuela. Instead, their money was purportedly transferred into accounts operated by Starr and his associates and used to pay for their private investments or expenses.

It's the same kind of stalling and obfuscation he used on a client identified in the complaint as an actress, who was reportedly Uma Thurman. At some point, she became so frustrated with the excuses and dodging that she gathered her lawyers and confronted him at his Manhattan office about $1 million that had gone missing from her accounts. The complaint said she eventually got paid — but with funds that turned out to be from another client's accounts.

"They rob from Peter to pay Paul," Zuckoff said.

But what kind of person can pull off that high wire-act? So far friends and associates of Starr are offering few clues and keeping a tight lid on their relationship with Starr. Only a smattering of the big names, such as Annie Leibovitz, have issued terse statements acknowledging they were bilked thus far. But if Madoff is any indication, that will change and soon.

Regardless of what else comes to light, there are certain psychological traits endemic to most of these high stakes poker players.

"These guys are addicted to the competitive highs that come from being able to get someone like a celebrity to invest with them," Cass said. "They get a high from that. It becomes a runaway train that gets going and they can't get off."