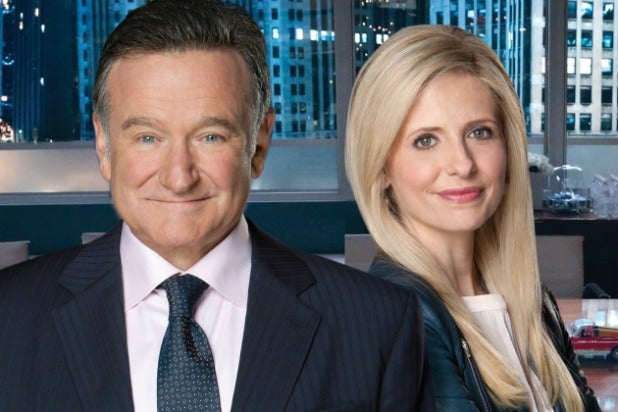 Rest assured, Robin Williams will be making your Thursday nights zany for a while.

Williams’ new sitcom “The Crazy Ones” has received a full-season order from CBS, which also granted “back nine” orders to its freshman comedies “The Millers” and “Mom.”

“The Crazy Ones,” which stars Williams and “Buffy the Vampire Slayer” alum Sarah Michelle Gellar, premiered with a solid 4.0 rating in the 18-49 demographic most important to advertisers. So far it is the top new comedy of the season in total viewers, with an average 13.71, and in the key demo with an average 3.6 rating/10 share.

“We’re proud of CBS’s leadership position in comedy and excited to build on it with the back nine pick-ups of these three new comedies,” CBS Entertainment president Nina Tassler said of the orders. “These series are creatively distinct, continue to improve each week and are led by strong showrunners, writing and production staffs, and feature amazingly talented casts.”