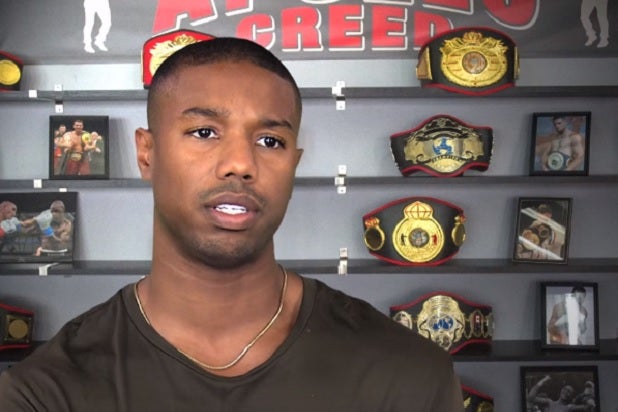 Michael B. Jordan discusses his transformation into boxer Adonis Johnson in the new EPIX documentary “From Rocky to Creed: The Legacy Continues.”

“He finally feels the need that he needs to kind of get control of his path,” Jordan says in an exclusive clip of the documentary obtained by TheWrap.

Jordan also spoke about his desire to establish Adonis’ identity within the “Rocky” franchise. “We wanted to make him his own thing because that’s kind of Adonis’ journey in a way. He wants to get out of his father’s shadow.”

The one hour documentary features Sylvester Stallone and producers Irwin Winkler and the late Robert Chartoff sharing the franchise’s Cinderella story from the first film to the critically and commercially-successful sixth film, “Rocky Balboa.” Carl Weathers and Dolph Lundgren also appear, among other stars from the franchise.

“Creed,” from Metro-Goldwyn-Mayer Pictures, Warner Bros. Pictures and New Line Cinema, is directed by award-winning filmmaker Ryan Coogler and stars Jordan as Adonis Johnson, the son of Apollo Creed. Looking to make a name for himself as a boxer, he seeks out Rocky Balboa (Stallone) to train him.

“From Rocky to Creed: The Legacy Continues” will premiere on EPIX on Nov. 18 at 8 p.m.