Guillermo del Toro has been making dark, unsettling movies for decades, from his low-budget horror films “Cronos” and “The Devil’s Backbone” to the Oscar-winning fantasy “Pan’s Labyrinth,” “Hellboy” and “Pacific Rim.” The Mexico-born director has been putting his spin on pulp fiction since picking up a Super 8 camera before he was 10.

His new film is “Crimson Peak,” a Gothic romance about a young American woman (Mia Wasikowska) who marries a mysterious Brit (Tom Hiddleston) and moves to his imposing mansion in the English countryside. Naturally, things are not what they seem: The house is haunted and everybody has secrets, particularly disturbing new sister-in-law Lucille (Jessica Chastain).

TheWrap recently spoke to the director about the years-long process of bringing “Crimson Peak” to theaters.

TheWrap: The trailer makes “Crimson Peak” look like a horror movie full of scares, but it’s really creepier than that.
: You’re absolutely right. I didn’t make the movie to be scary, I made it to be creepy. There’s a big difference. I have produced scary movies, but I like to direct creepy movies. The fuel of the movie is an atmosphere, and a sort of ill feeling of eeriness than anything else.

Was it tricky to find and sustain that atmosphere?
My entire life I have spent trying to find beauty in horror and beauty in the grotesque. So I think that my ear is attuned to what I believe in. Whether people fall into it or not, that’s their choice and their baggage. But as far as I’m concerned, it’s a balance that I relish.

So why did you make “Crimson Peak?”
It started eight or nine years ago, after “Pan’s Labyrinth.” We wrote it as a spec, Matthew Robbins and I, because it came from a lifelong fascination with Gothic romance. The fact is, a lot of people confuse horror and Gothic romance. But the flavor of it, the combination of love and death, horror and beauty, is so unique. I’ve been a collector of Gothic romance novels and stories all my life, and I wanted to make one before I croaked.

Why did it take so long to actually get it made?
Well, I knew I wanted to make it lavish. I wanted to not make it a B- product, I wanted it to be opulent – sort of a throwback to Hollywood productions. And at the same time, what it had going against it for the market is that it was a female-centric movie with an R rating in a genre that hasn’t been done for 45 or 50 years. So it was not easy.

Everybody liked the characters, everybody liked the story. But they had a lot of trouble with “How do we sell it, how do we position it in the market?” Which I think is not easy. But thank God Legendary and Universal believed in it enough.

Hollywood’s idea of scary movies, to a certain degree, has become low-budget movies, and often found-footage ones.
Yes. But the fact is, the genre used to be very varied. You had James Whale doing “Frankenstein,” of course, but you had also B-movie products. You had crazy, risky jewels like “Freaks” by Todd Browning, or insane independent movies like “Texas Chainsaw Massacre.” You had a range.

I think that we have somewhat narrowed that range. Commerce says it’s better to just make a little investment that you have a good chance of recouping. But the language of the genre has languished. 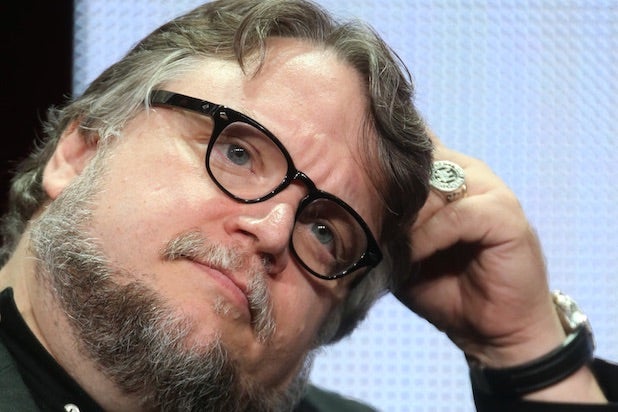 What were the particular challenges of making the film?
They were asking us to either make it PG-13, or to make it for 30 [million]. And I always said I had to get 50, because the difference is enormous in terms of quality of visual craftsmanship. I’m not just going to do the visuals for their beauty – I’m actually using them as visual language to tell the story.

It’s a painterly movie. You need a certain level of craftsmanship, a certain amount of shooting time. The camera work is very very classical Hollywood, cranes and dollies.

If this was a hard sell to the studios, do you think about whether it will sell to the audience?
That is not truly my expertise. I think that marketing at Universal is really, really good. They’ve been selling it with the horror edge, and I think there is more complexity than that. But you’re going to have to sell it, you need a hook, and I guess that’s the hook that is the easiest to find. So I’m at peace with that. But my duty is just to make the movie on time, on budget, as great and as beautiful and as strong and as gorgeous as I can.

You’re known for your creature designs – but aside from a couple of ghosts, there aren’t many creatures in this film.
Except … the house is a creature. The house is a monster. That’s the key to the movie, in a way, because the real monsters in the movie are not Lucille and Tom [Chastain and Hiddleston]. It’s the family that built that house – that arrogant spirit, the horrible mother, the absent father. Those are the real monsters.

How much of that enormous house actually existed?
The house was 100 percent built, from the cellar to the top floor. We built in the largest soundstage in North America. We built a working elevator, working tap water, working fireplaces. It took about seven months to layer it on paper and about six or seven months to build it physically. Every day I would supervise the paint job, the woodwork, the arranging, the decorating. It was truly a titanic labor.

Why build the whole thing instead of building it partially and then filling in with CG?
Because the tone of a movie like this needs to be operatic and melodramatic, a couple of notches above reality. I felt we need to design the house for visual melodrama. And in my opinion, the actors feel supported and real if they arrive and see a set, as opposed to a green screen. And the director and the cinematographer, we get inspired and light that real set in a way that is far more tender and careful and loving than if you know it is going to be CG.

If one were to go by what’s been printed, you’re doing the “Pacific Rim” sequel next, or you’re doing a small black and white movie, or you’re doing the “Haunted Mansion” movie …
For sure I’m doing a small movie next. I start shooting in June. No title yet. And I’m probably going to do “Pinocchio” as a stop motion. And then if the cards fall the right way, we may do “Pacific Rim 2.” I hope I do. But that decision is above my pay grade at this point, you know?

Looking at your career, are you surprised at where you’ve ended up?
Oh yes. And I got here by pure serendipity. It’s been a very very accidental career, in a way. First of all, I would never have left Mexico if I wasn’t in debt to pay a quarter of a million dollars from “Cronos” myself.

And then I little by little I’ve stumbled upon things that resonate with my very, very strange childhood and teenage years, and I’ve been able to latch to those things with absolute sincerity and absolute passion. And they have found, in their own scale, an audience.

Do you have any ambitions to do a straightforward drama, a movie without genre elements in it?
Yeah, I would love to do a noir. You can see by my movies that I’m pretty fixated in the arena of the end of the ’30s, beginning of the ’40s – the Civil War in Spain, the beginning of World War II. I would love to do a historical dark drama around there.

But you know, until that moment comes, it’s not something I’m waiting for. I am head over heels in love with monsters. They are the closest relations I had as a kid, and they are an intrinsic part of my family.

If I do a noir or one of these things, it will be an exception. And then I’ll run right back to my monsters.