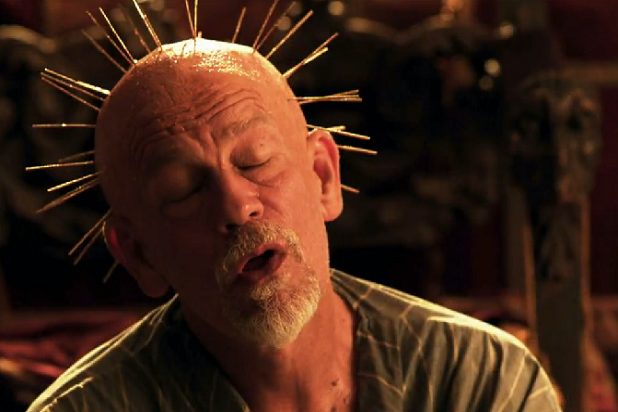 Judging from the advance look, Malkovich will play a particularly philosophical pirate, dropping lines such as, “I suspect that God is a clockmaker. He wound creation up, and now he sits back and watches it unwind.”

Oh, and he also does a pretty good impersonation of Pinhead from “Hellraiser,” in a scene during which he appears to be sporting a virtual crown of long needles sticking out of his noggin. (Blackbeard was into extreme acupuncture? Who knew?)