1. The Master of Disaster Still Has It
“2012” is a massive — the most massive — eruption of molten B-movie cheese in history — not that that’s a bad thing. In fact, it’s hard to think of many better pure-popcorn experiences this year. What genocidal levels of destruction played for fun says about us and our civilization, I’m not too sure. But I know we’ve been doing it on screen for over 100 years now. Will audiences stampede to this one? I’m betting it exceeds expectations and hauls in $70m+.

2." ID4" — Parts 2 and 3?
When “2012” blows the box office apart like a supervolcano, expect some serious thought to be given to Roland Emmerich’s MTV interview this week where he said he wanted to make two sequels to “Independence Day." Apparently, these movies would make for a bigger “arc” about alien invasion. So, they come back? Perhaps to take on the survivors of “2012”? Anyway, if “2012” is as huge as I think it’ll be, a greenlight for "ID4:2-3D" can only be as far away as Will Smith saying, “Hell, yeah."

3. "2012" In 5 Seconds?
Please do it, Mr. The Guy With Glasses. This guy’s irreverent “five-second” mash-ups of movie classics always brighten the day. My favorite? “The Departed” — it’s NSFW, unless you work in the L.A. morgue.

4. Roger Corman: We Salute You
Who woulda ever thunk it? The “King of the Bs," Roger Corman, clutching an Academy Award? But on Saturday night, that’s exactly what’ll happen when he gets his honorary Oscar — and good for him. Not only has the 83-year-old given generations of movie thrills with the likes of “Day the World Ended," “Teenage Caveman," “Little Shop of Horrors," “The Trip," “Battle Beyond the Stars” and literally hundreds more, but he also gave a start to many of those who remade Hollywood — Martin Scorsese, Ron Howard, Jonathan Demme, Robert De Niro, Peter Fonda, Jack Nicholson and literally hundreds more. Don’t miss Chris Nashawaty’s piece, including comments from some of these guys, in this week’s EW, with more material online at Popwatch.

5. Own a Piece of the Moon
It’s been a big Friday for lunar news. NASA has confirmed there’s a lot of water on the moon, which is good news for future astronauts wanting to chill

with a bong hit after a hard day’s mining Helium-3. Almost as exciting: props from Duncan Jones’s brilliant “Moon” are being auctioned off. Yes, one lucky bidder will own this piece of model-making awesomeness.

6. What Would Lloyd Dobler Do?
MTV pulls a little gag on John Cusack that references his most beloved flick, “Say Anything”, and the once king o’ casual acts like he’s being offered a piping hot tray of Ebola. Then again, MTV’s Josh Horowitz might’ve thought out his approach a little better. All in all, two minutes o’ cringe, although Amanda Peet comes off well.

7. Monopoly Plot Details Are Insane
Anyone of right mind and body has had the same reaction to Ridley Scott making a “Monopoly” movie: WTF. But now the L.A. Times has a detailed account of what got Sir Rid amped about translating the beloved board game to the screen. Frank Beddor’s description of how he reconceived “Alice In Wonderland” as a capitalist fantasy comedy boggles the mind. Who will be cast? For some reason Jim Carrey’s face just appears whenever I think about this “lovable loser” handing out wads of Monopoly money.

8. “Titans. Will. Clash.”
The “Clash of the Titans” teaser was a welter of regurgitated imagery from “300," “Kingdom of Heaven," “Gladiator” and any other movie of the past decade that combined swordplay with CGI fancy stuff. Fair enough — it’s simply sizzle to get 14-year-old fanboys excited, and a more plot-character (we hope) trailer should be coming down the line in a few months. But who the hell got paid for the tagline “Titans Will Clash”? I’m not the only one who immediately hit Twitter to reboot a few classics in this fashion: “Wars Will Star," “Rings Will Lord," “Shankshank Will Redeem” and so on. Try it at home.

9. Howling at the Moon 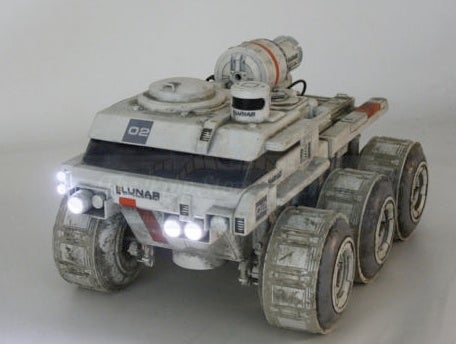 Plot details have come out about this — snore — “reboot” of Joe Dante’s 1981 B-movie classic. Over at www.joblo.com, they’re reporting: “According to a source of mine who is close to the project, ‘The Howling Reborn’ is essentially going to be the "Twilight" of werewolf movies. Indeed, the grittiness of the original, and the zaniness of the sequels that followed, will be replaced by a 'tween friendly plot about young wolves on the prowl in a big city…” Oh, yay! Just what horror needs in addition to the remake and torture porn cycles — everything to come with a bit of “Twilight” sparkle! So, hopefully “The Thing” remake can now be set at a teen youth camp, where lovely young things debate as to whether they ought to give themselves over to alien shapeshifters. And surely “Saw VII-3D” (announced this week by Lionsgate) could use a dose of brooding vampires and swooing emo gals to restore the franchise’s box-office fortunes.

10. "Star Wars: The Gangsta Rap"
A great four minutes to end the week. The Force is strong with these guys (even if the C3PO voice needs a bit of work).