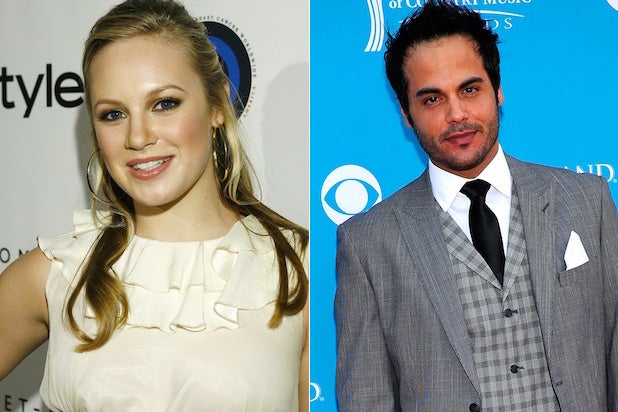 Danielle Savre and Stephen Martines has been cast as Margo and Detective Freddie Costa, respectively, on the backdoor pilot.

“Supernatural: Tribes” follows the various mafia-esque monster families that, unknowingly to humans, “run” the underbelly of Chicago. These families are being tracked by a newly-minted Hunter, who’s trying to stop them and rid Chicago of anything or anyone supernatural.

Margo is the acting head of the leading shapeshifter family. Ex-punk rocker-turned-corporate professional Margo feels threatened only by the return of her prodigal brother, David (Nathaniel Buzolic), into the family.

Detective Freddie Costa is a world-weary Chicago cop who serves as a mentor to Ennis (Lucien Laviscount), but is also secretly on the payroll of one of the powerful monster families.

Represented by Talent Works and Zero Gravity Management, Savre is best known as Jackie Wilcox from NBC’s “Heroes.” Her other television credits include Nick at Nite’s “Hollywood Heights” and MTV’s “Kaya.”