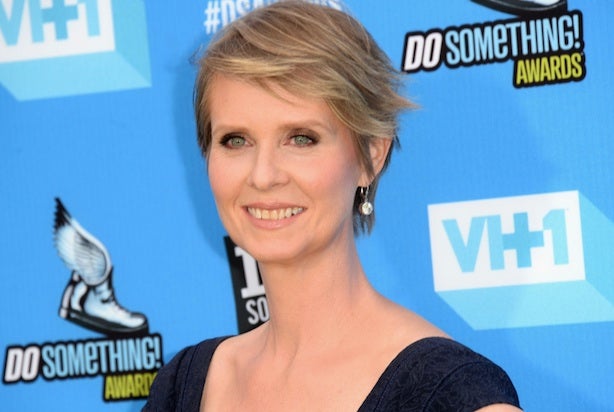 Cynthia Nixon has joined the cast of “Life Itself,” TheWrap has learned.

The “Sex and the City” actress rounds out a cast that included Morgan Freeman and Diane Keaton. British filmmaker Richard Lincraine (“Wimbledon”) directs.

“Life Itself” centers on a married couple who get swept into a real estate bidding war when they put their Manhattan apartment on the market. Nixon will play Keaton’s niece who serves as her real estate broker.

“There’s a lot of laughs, but there’s also a lot of heart,” producer Lori McCreary told TheWrap. “It’s somewhere between a comedy and a drama.”

The film begins shooting in New York City next week. Charlie Peters wrote the screenplay to the film and will produce along with Curtis Burch, Tracy Mercer and McCreary. The film is financed by Lascaux.

In addition to appearing in the two “Sex and the City” films as uptight lawyer Miranda Hobbes, Nixon has alternated between the stage, the small screen and the film world. She has had supporting roles in films like “Rampart” and the mini-series “World Without End,” and earned a strong reviews for her Broadway work in “Wit” and “Rabbit Hole,” winning a Tony Award for the latter.

Her recently announced projects include a recurring role on NBC’s “Hannibal” and a guest stint on the Amazon Studios original scripted series “Alpha House.”