Lawyers for Roman Polanski scrambled to evaluate their legal options after the Oscar-winning director was arrested in Switzerland on a 31-year-old arrest warrant for unlawful sex with a 13-year-old.

A spokeswoman for the Los Angeles district attorney’s office said they had requested the extradition, and fully expected Polanski to be sent back.

“He can fight extradition and he’ll lose,” spokeswoman Sandi Gibbons told TheWrap. “His chances are not good. There’s only one issue in extradition — is person named in the warrant that person. If it is, then he’s extradited."

Lawyers for the director acknowledged they were caught completely caught off guard by the arrest, while a spokesman for Los Angeles Superior Court said that if extradited, Polanski would go straight to sentencing.

"He’d come to the sentencing hearing where he failed to appear 30 years ago," said Alan Parachini, a spokesman for the L.A. court.

Gibbons said the D.A. had been trying to get Polanski extradited for years, but circumstances had never come together. She said the D.A. secured provisional warrants “several times,” including in recent years.

"We were unaware of any extradition being sought and separate counsel will be retained for those proceedings,” attorneys Douglas Dalton, Chad Hummel and Bart Dalton said in a statement. 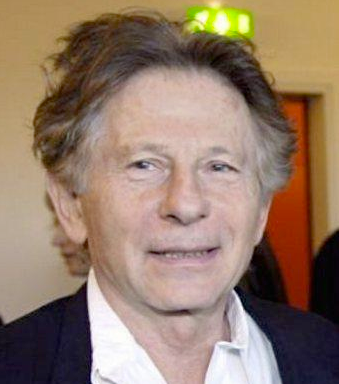 Polanski, 76, owns a home in Switzerland but lives mainly in Paris.

He traveled to the country  to collect a lifetime achievement award at the Zurich Film Festival on Sunday evening, but was arrested on arrival at Zurich airport on Saturday night.

The Swiss Justice Ministry said in a statement: “Whether Roman Polanski will be effectively extradited to the U.S.A. or not can be established only after the extradition process judicially has been finalized."
In France, Polanski’s home, Culture Minister Frederic Mitterrand said he "profoundly regrets that a new ordeal is being inflicted on someone who has already known so many during his life." The minister was "shocked" by the arrest.
In Hollywood, the industry puzzled over the arrest coming at this late date. “I find the whole thing sad all around,” producer Mike Medavoy said Sunday. "I think they should drop the charges and he should come and end all of this.”
Gibbons responded:"The court has always said things cannot be resolved until he makes an appearance before a judge in Los Angeles county. He wants to do it in all different ways. He has to do it this way."
But the news was all the more stunning since the 31-year-old warrant has come under renewed debate with a documentary last year called "Roman Polanski: Wanted and Desired."
The documentary raised substantive questions about the behavior of the judge, Laurence Rittenband, who was criticized in the film by both prosecution and defense lawyers for being swayed by public opinion and for violating the terms of a plea bargain struck by Polanski before he fled the country. (Rittenband is now deceased.)
In January of this year lawyers for Polanski tried to have the case dismissed on the grounds of judicial and prosecutorial misconduct, and to have the case moved out of Los Angeles.
But the request was tentatively denied by a judge who demanded that he return to court. That decision is now under appeal.
The Superior Court spokesman said sentencing would not be delayed by the appeal, whose hearing date has not yet been set.
Zurich Cantonal Police spokesman Stefan Oberlin told the Reuters news agency that Polanski’s arrest had been carried out on instructions from the Federal Justice Department in Berne.
"There was a valid arrest request and we knew when he was coming," ministry spokesman Guido Balmer told The Associated Press. "That’s why he was taken into custody."
When asked why the D.A. was intent on pursuing the warrant just now, Parachini said he was unsure and that the court was not involved in that.
Polanski was arrested in the United States in 1977 and charged with giving drugs and alcohol to a 13-year-old girl and having unlawful sex with her at a photographic shoot at Jack Nicholson’s Hollywood home
Maintaining the girl was sexually experienced and had consented, Polanski spent 42 days in prison undergoing psychiatric tests but fled the country before being sentenced. He had agreed to plead guilty to one charge of having sex with Samantha Geimer.
Considered by U.S. authorities as a fugitive from justice, Polanski, whose films include "Rosemary’s Baby" and "Chinatown," has lived in France avoiding countries that have extradition treaties with the United States.
Few lives have turned into the macabre public spectacle that Polanski’s has, first after the gruesome murder of his pregnant wife Sharon Tate in 1969 by the Charles Manson murder gang, and again eight years later when he was arrested for the statutory rape of the 13-year-old girl.
But few directors have laid bare their inner fantasies and fears like Polanski in films such as "Repulsion," "Rosemary’s Baby" and "The Tenant" — films of disturbing brutality shot through with voyeurism and dark humor.
From early childhood when he escaped the Nazi holocaust in Poland, Polanski’s life has appeared, like his movies, to hover precariously on the brink of tragedy.
Born Raymond Polanski to Polish-Jewish parents on August 18, 1933, he spent the first three years of his life in Paris before the family returned to Poland.
When the Germans sealed off the Jewish ghetto in Krakow in 1940, his father shouted to Roman to run and he escaped. His mother later died in an Auschwitz gas chamber.
His first full-length feature film after graduation, "Knife in the Water," won awards and, most important for Polanski, was his ticket to the West.
As his reputation grew — first with "Repulsion," his study of a woman terrified by sex who becomes a psychotic murderer, and then with the absurdist masterpiece "Cul de Sac" — Polanski developed a taste for the high life and beautiful women.
In 1974 Polanski had another major Hollywood success with "Chinatown," a stylish thriller starring Nicholson, but his private life stayed unsettled as he drifted between Paris, Rome and Los Angeles and embarked on numerous short-lived affairs.
In 2003, he won the Oscar for "The Pianist."
"I am widely regarded, I know, as an evil, profligate dwarf," Polanski wrote in his autobiography. "My friends — and the women in my life — know better."
FEATURED VIDEO (SPONSORED)
x
Looks like you're enjoying reading