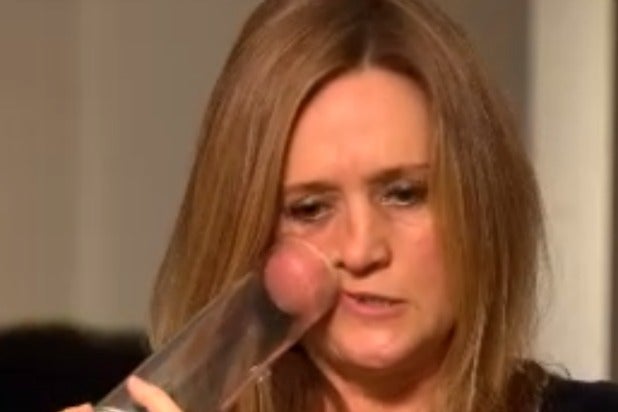 “Daily Show” correspondent Samantha Bee has uncovered a small double standard: While Obamacare critics object to its covering contraception for women, no lawmakers have attacked $172 million in Medicare spending on penis pumps.

Penis pumps, which are vacuum tubes that help men attain erections, cost the government $360 each, according to Ilyse Hogue, president of the National Abortion and Reproductive Rights Action League. Medicare spent $172 million on penis pump claims from 2006 to 2011, NBC News reported.

Bee was stunned to learn of the costs.

“So for less than a dollar a day, a man can restore the glory of his erection?” she said on “The Daily Show” Wednesday. “That’s amazing!”

She also said Hogue’s criticism of the situation seems misplaced.

“These are hardworking American penises,” she added. “Should we really be abandoning them at the end of their careers?”

“Statistics show that probably some members of our Congress have a vested interested in having penis pumps covered,” Hogue gently suggested.