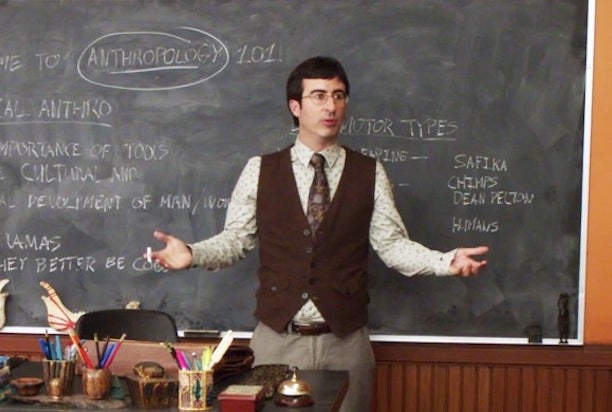 Fresh off his stint as Jon Stewart’s replacement on Comedy Central’s “The Daily Show,” John Oliver is heading back at Greendale as Professor Ian Duncan.

Oliver will appear on at least six episodes, a Sony Television representative confirmed to TheWrap.

The British comedian has played the role on both Season 1 and Season 2. Ian Duncan is an old client-turned-frined of Jeff’s (Joel McHale) from his previous career as an attorney. At Greendale Community College, Ian teaches psychology.

Oliver’s acting credits include “Gravity Falls” and the films “The Love Guru” and both “Smurfs” movies.

Showrunner and creator Dan Harmon returned for the season after being fired before Season 4. He will be joined by returning writer/executive producer Chris McKenna.