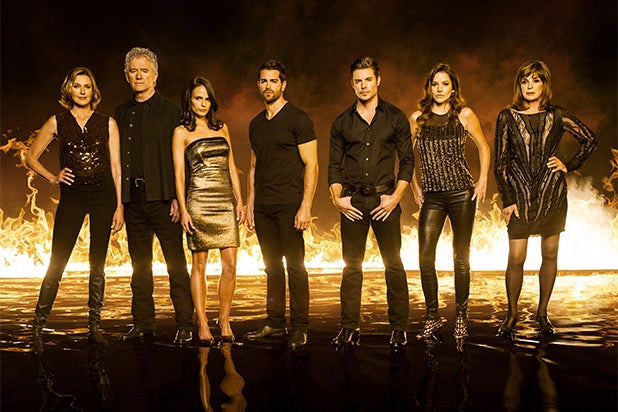 When TNT began teasing that a lead character would die on the season 3 finale of “Dallas,” there was always a chance that the chosen Ewing could be a minor character who wouldn’t mess with ongoing dramatic tensions amongst the group.

Fortunately, the network pulled no punches and apparently killed off Christopher Ewing (Jesse Metcalfe), whose rivalry with John Ross (Josh Henderson) has been the centerpiece of the show since its beginning. With Christopher being shown, on screen, as he blew up inside his car, his death seems pretty set in stone.

Fans were left in a state of shock and awe, with a dash of denial, and naturally took to Twitter to voice their reactions.

Saw @Dallas_TNT season finale. Blowing up a car 2 kill off a major character is so 1970's

so @canaltnt if you don't renew @Dallas_TNT after a #finale like that I will be so pissed! Need a season 4. #Dallas #DallasTNT #needseason4

@Dallas_TNT Is this show actually in danger of not coming back for Season 4? How ridiculous is that? #Dallasfinale #RenewDallasTNT #uncool

Was positive that #DallasTNT finale was a trick on @Dallas_TNT @jessemetcalfe's parts. Now I know he's leaving the show… What a way to go.

@Dallas_TNT ugh. Couldn't you have killed off Jock's 3rd cousin? Or had Emma have a miscarriage of John Ross's baby??? #WhichEwingDies

A whole new level of depression just hit me now that they killed off Christopher i don't understand!!! WHY?! @Dallas_TNT @joshhenderson