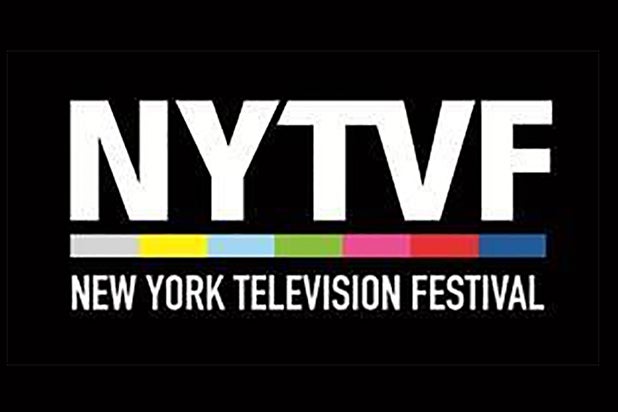 The New York Television Festival announced its 2015 line-up on Tuesday, featuring an opening night screening of WGN America’s “Manhattan” and a live performance by Dan Harmon.

Other events include a screening of Pivot’s “Please Like Me” and Q&A with creator Josh Thomas and the all-female Creative Keynote Panel with Courtney Kemp Agboh (“Power”), Blair Breard (“Louie”), Barbara Hall (“Madam Secretary”) and Stephanie Laing (“Veep”).

The festival will also screen 50 selections from the Independent Pilot competition, which will be eligible for development deals with the festival’s partners.

“It’s a great time to love TV and I think this year’s line-up really reflects that notion,” said NYTVF founder and executive director Terence Gray. “There’s been a lot of buzz in the last few months about other major festivals getting into the television game – our primary focus for the past decade as we’ve provided a platform to recognize small-screen storytellers.”

The Festival will run Oct. 19-24, and will take place primarily at the Helen Mills Theater and Event Space and SVA Theatre in Manhattan.

View the festival’s highlights below:

7:00 PM: CNN PRESENTS: “An Original Take on the Stories of Now” – A NYTVF Primetime Panel Event featuring Lisa Ling, Morgan Spurlock and Kamau Bell
SVA Theatre: 333 West 23rd Street
CNN, the network that invented the 24-hour news cycle, is championing a new generation of storytellers through original non-fiction programming that delivers an immersive and thought-provoking experience for viewers. In this can’t-miss NYTVF Primetime special event, CNN Original Series hosts Lisa Ling (This Is Life with Lisa Ling), Morgan Spurlock (Morgan Spurlock Inside Man) and Kamau Bell (United Shades of America) will join Brian Stelter (Reliable Sources) to discuss the opportunities and challenges in making high-quality docuseries for a channel known for breaking news, and what they hope to accomplish in exploring through their unique lenses some of today’s most hot-button issues.

7:30 PM: NYTVF Creative Keynote Panel: “Running the Show: A Big Picture Conversation on Creating for the Small Screen” (In Collaboration with the SAG Foundation and WGA East)
SVA Theatre: 333 West 23rd Street
The 2015 New York Television Festival, Screen Actors Guild Foundation, and Writers Guild of America, East welcome an all-star line-up of show runners and executive producers to NYTVF’s annual flagship Creative Keynote event, which will pull back the curtain on the creative process behind some of TV’s biggest hits and most compelling shows. This not-to-be-missed conversation will span the storytelling process from development to production, and beyond, with insights and advice from hit-makers across the landscape. With Courtney Kemp Agboh (Power, Starz), Blair Breard (Louie, FX), Barbara Hall (Madam Secretary, CBS) and Stephanie Laing (VEEP and the upcoming Vice Principals, HBO), moderated by Margaret Lyons (New York Magazine / Vulture.com).

8:30 PM: truTV First Look Screening and Panel of Original Comedy THOSE WHO CAN’T
SVA Theatre: 333 West 23rd Street
This exclusive first-look event will feature debut screenings of two episodes from the series – set to officially premiere early next year – followed by a talk-back with creators/executive producers Ben Roy, Adam Cayton-Holland, Andrew Orvedahl – members of comedy troupe The Grawlix who star as three dysfunctional high school teachers who are about as screwed-up as the kids they teach. Joining them on stage will be actress Maria Thayer (Eagleheart) who plays Abbey Logan, the school’s librarian who zealously joins in on the antics of her co-workers; and executive producer/showrunner Dean Lorey (Arrested Development, The Crazy Ones).

This NYTVF exclusive screening and panel will feature a sneak peek at the second season of this Pop original series created by and starring Eugene Levy and Daniel Levy, who will be on-hand for the screening and panel, along with co-stars Catherine O’Hara, Annie Murphy, Chris Elliott and Jennifer Robertson. Schitt’s Creek is a character-driven scripted comedy series that debuted to critical acclaim earlier this year. In the second season, after a failed attempt to sell the town, the once rich and powerful Rose family come to the depressing realization that their stay in Schitt’s Creek may be longer than they originally hoped. Father and former video store magnate, Johnny Rose (Eugene Levy) continues to look for ways to extricate his family from life in their sad little town, while his wife, former soap star, Moira (Catherine O’Hara), searches for ways to grace the town with her sophistication and taste. As for their spoiled children, David (Daniel Levy) and Alexis (Annie Murphy), they must do the unthinkable – find jobs. The Roses will bloom again – even if it’s in Schitt’s Creek.

SVA Theatre: 333 West 23rd Street
The buzzed-about new WGN America drama, produced by Sony Pictures Television and Tribune Studios, centers on the Farrell clan’s struggle for power and control in the rugged and mysterious hills of Appalachia. The world-premiere screening of the series debuting in early 2016 will be followed by a talk-back with Executive Producers Paul Giamatti, Peter Mattei, and Peter Tolan, and stars David Morse, Gillian Alexy, Kyle Gallner and Christina Jackson.

SVA Theatre: 333 West 23rd Street
The British Academy of Film and Television Arts (BAFTA) and the NYTVF are re-teaming to present this unique night of comedy featuring debut readings of original sitcoms – penned by some of the UK’s most promising comedy television writers – with creative insight and feedback from the event’s Industry Chair, Dan Pasternack (Big Beach TV).

The selected scripts were identified following a UK-wide competition hosted by BAFTA and the Rocliffe New Writing Forum. The event, which includes a post-event networking event, will feature staged reading excerpts of the three selected entries with expert commentary on each.