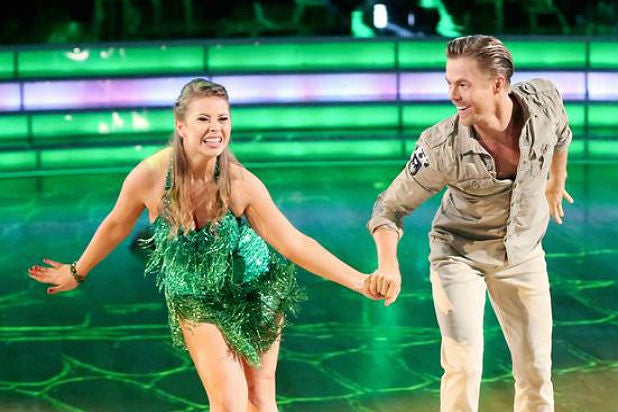 (Spoiler alert: Please do not read on if you haven’t watched Tuesday’s episode of “Dancing With the Stars”)

Instead, victim number two on Season 21 of the ABC reality contest was Victor Espinoza.

The jockey made history winning the Triple Crown riding American Pharoah in June, but the pint-size contestant couldn’t win over voters, who gave Espinoza and partner Karina Smirnoff the boot on Tuesday.

“Please come back every season,” Erin Andrews begged after host Tom Bergeron delivered the bad news. “We have had the best time watching you.”

“I had an amazing time, tonight was just special for me as I wanted to dance for Karina and everyone else from my heart,” Espinoza said. “Yesterday was just a little bit off, as those pants were so tight!”

Also Read: 'Dancing With the Stars' Delivers Crushing First Elimination of the Season

Espinoza previously admitted to TheWrap that he’d never danced before going on the show. “I was so stiff before, so I figured it would be a good workout — I wouldn’t have to go to the gym and I’d be fit to ride the horses.”

He at least got his wish to make it past round one and not be the first voted off, as that dubious honor went to singer Chaka Khan on Monday.

Bindi Irwin (pictured above) remains one of the frontrunners along with Tamar Braxton and Nick Carter, while Kim Zolciak’s improved second foxtrot Monday saved her after her disastrous opening salsa.