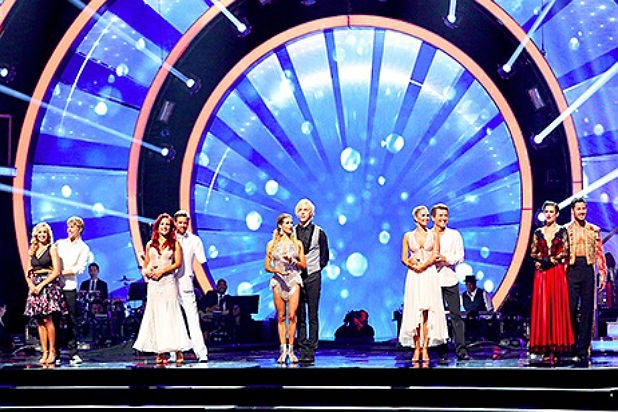 (Spoiler alert: Please do not read if you haven’t watched Tuesday’s episode of “Dancing With the Stars”)

There were only three couples left standing by the end of Tuesday night’s episode of ABC’s “Dancing With the Stars” after one of the hottest competitors was cut.

Olympian Nastia Liukin won’t be going for gold after getting eliminated along with partner Derek Hough and substitute pro dancer, Sasha Farber.

“I kind of thought last night was a magical night,” Liukin lamented after she was given her marching orders, despite being on the top of the leaderboard following her Viennese Waltz on Monday.

Also Read: 'Dancing With the Stars' Has a Surprise Proposal, Visit From Demi Moore and Bruce Willis

The results show featured recaps from the season of all four semi-finalists, showing their highs, lows, falls and tantrums from Season 20.

The episode also previewed another song and dance extravaganza from the Disney family as stars of “Teen Beach Movie 2” came on the show for a special performance. Coincidentally, one of those multi-talented actors is Ross Lynch, Riker’s brother, who appears in the musical sequel alongside Maia Mitchell, Grace Phipps, Garrett Clayton and John DeLuca.

For older viewers, Flo Rida put on an impromptu performance.

The remaining contestants — Riker Lynch, Rumer Willis and Noah Galloway — will compete for the Mirror Ball next week ahead of the May 19 finale episode.