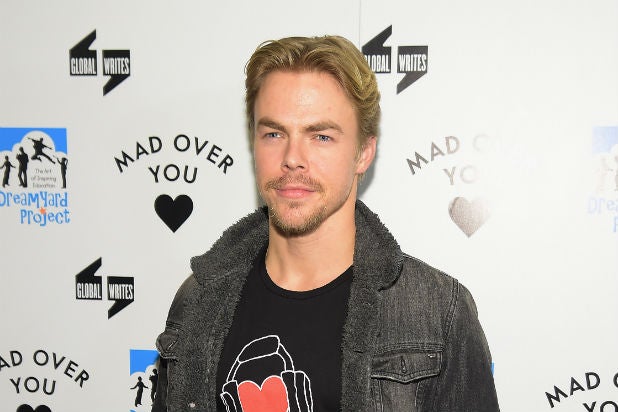 “Dancing With the Stars” could have lost one of its best players for the season after Derek Hough suffered a serious foot injury.

The professional dancer on the ABC competition show suffered a broken toe, sprained ankle and bone bruise while rehearsing for the 10th anniversary special, according to a statement from the network.

Hough posted a photo on Instagram Wednesday of himself in a hospital bed, telling his fans: “A fluke accident happened that involved a light and some stairs. Can’t believe it, wish I had a cooler story to tell. All that dancing, flipping, jumping and the thing that stops me in my tracks is something as simple as a light and some stairs.

“I’m doing everything I possibly can to have a quick recovery and I’m determined to come back stronger than ever … I’m usually able to work through injury but this one has literally floored me,” he wrote.

The network has not yet commented on Hough’s status for the rest of Season 20 but it named a temporary replacement who will step in as Nastia Liukin’s partner.

“Derek will remain in Los Angeles this week to rehab his injuries and his understudy will be filling in for him for New York Spring Spectacular at Radio City Music Hall in New York,” ABC said in a statement.”While it remains unclear at this time if Derek will be able to perform on the Monday, April 27 episode of ‘Dancing with the Stars,’ his partner Nastia Liukin will train in Los Angeles this week with pro-dancer Sasha Farber to prepare for the Live show.”