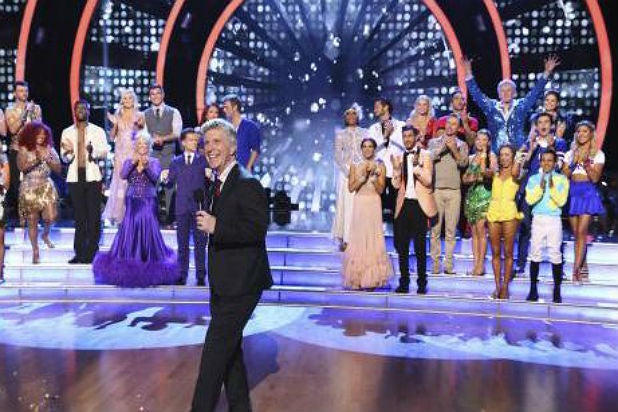 (Spoiler alert: Please do not read on if you’ve not watched Monday’s episode of “Dancing With the Stars”)

Sometimes it sucks to be first.

That’s especially true when it comes to eliminations, as one unlucky contestant discovered on Monday when she was the first to be voted off Season 21 of ABC’s “Dancing With the Stars.”

Unfortunately for Chaka Khan and professional dance partner Keo Motsepe, they received the least amount of votes after last week’s premiere and were sent packing.

Victor Espinoza and Kim Zolciak-Biermann had also been at the bottom of the results table going into Monday’s episode, which marked the first part of a two-night “Hometown Glory” event taking the stars back to their roots.

“I just don’t want to be the first one eliminated. If I make it past Round 1 then I’ll be happy,” Triple Crown-winning jockey Espinoza told TheWrap ahead of the season premiere on Sept. 14.

However, it was controversial actor Gary Busey who joined Chaka in the bottom.

“I really enjoyed it and I am so happy to have met everybody,” the “I Feel for You” singer said politely when she received the bad news. “This guy really is one of the best dancers I have ever seen,” she then told host Tom Bergeron of her short-lived partnership with Motsepe.

Meanwhile, once again it was Bindi Irwin, the daughter of late “Crocodile Hunter” star Steve Irwin, who won the hearts of judges and viewers for her performance with Derek Hough.

A second contestant will be eliminated on Tuesday’s episode.