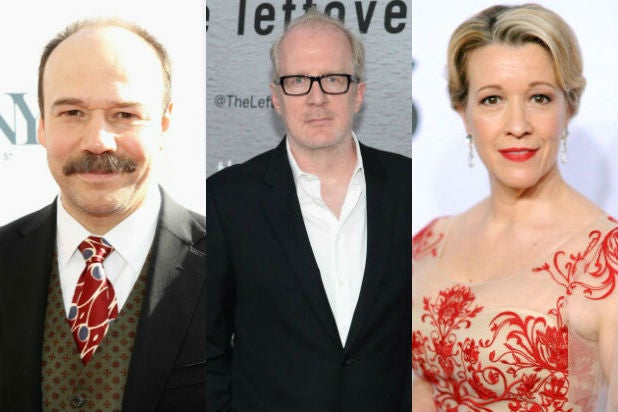 The film, adapted by Schamus, also stars Logan Lerman (“Fury,” “Perks of Being a Wallflower”) and Sarah Gadon (A Dangerous Method,” “Maps to the Stars”).

The film, set in 1951, tells the story of Marcus Messner (Lerman), the son of a kosher butcher (Burstein) from Newark, New Jersey. When Marcus leaves for college in Ohio he finds himself falling for a beautiful but troubled girl (Gadon), and in conflict with the school’s administration and its dean (Letts) over the political and sexual culture of the era. It is based on the best-selling novel of the same name by Philip Roth.

Critically acclaimed writer Letts is the recipient of a best actor Tony Award for his portrayal of George in “Who’s Afraid of Virginia Woolf?” and the winner of the Pulitzer Prize for “August: Osage County.” He also wrote the 2013 film’s screenplay.

He is best known to audiences for his role on “Homeland.” Letts is currently filming Adam McKay‘s “The Big Short,” based on Michael Lewis’ book, and Antonio Campos’ “Christine.” Letts is represented by Innovative Artists.

Emond, who will play Marcus’ mother, is known for her extensive work with Tony Kushner, has appeared in such notable films as “Across the Universe,” and “Oldboy.” Emond is represented by CAA.

Burstein is a Grammy nominee and five-time Tony award nominated actor who has appeared in several television shows and films such as “Blackhat,” “Transamerica,” and “Boardwalk Empire”. He is represented by BRS/Gage Talent Agency.

Also Read: Philip Roth Names the Best of His Own Books