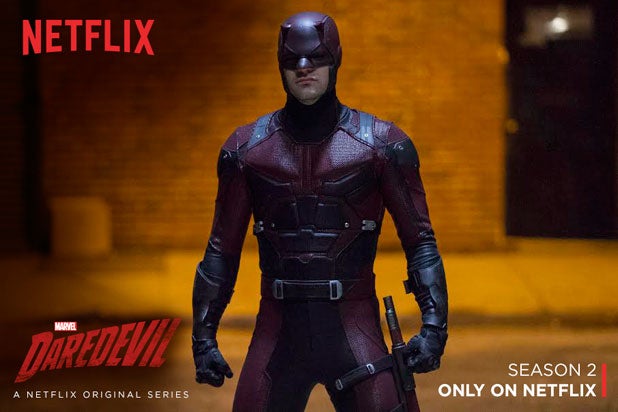 A new teaser for “Daredevil” Season 2 sets the stage for much bigger fight to come.

In the brief clip, we see Daredevil (Charlie Cox), The Punisher (Jon Bernthal), and Elektra (Elodie Young) suiting up for a brawl, perhaps with each other.

But what is interesting about the teaser is the caption, which reads, “An ancient evil is coming. Time to suit up.” While Season 1 of “Daredevil” stayed relatively grounded in the real world, this makes it sound like a more supernatural foe is coming to Hell’s Kitchen.

We’ve seen in other trailers that Japanese gangsters will play at least some part in this season. We also know that Daredevil’s mentor Stick (Scott Glenn) will make another appearance. In the comics, Stick is a member of The Chaste, a group of warriors devoted to fighting The Hand, a clan of evil ninjas that is controlled by a demon.

However brief, this teaser seems to indicate that Daredevil, Punisher and Elektra will have to team up in order to fight The Hand and their takeover of New York.

An ancient evil is coming. Time to suit up. #Daredevilhttps://t.co/ncn7k9raJP