David Bergstein is no stranger to legal troubles associated with his complex and massive web of debts and dealings. 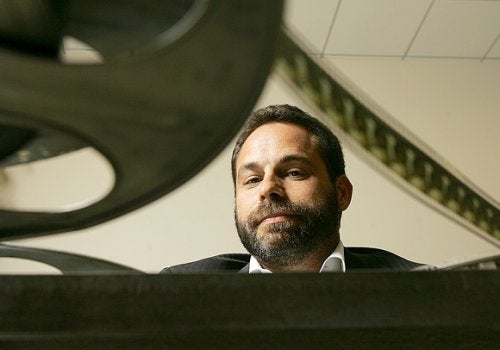 But this time, his creditors are banding together in a bid for a legal takeover of his assets in order to recoup something from the film financier and Capitol Films CEO who has filched on debts from the biggest investment banks to his own agent.

A group of 13 creditors – including advertisers, publicists and the Writers Guild West – have sued the film financier in an attempt to force him into a chapter 11.

Their moves include a bid to get the court to appoint a trustee to divvy up assets among the creditors.

Filed Thursday in U.S. federal bankruptcy court in Los Angeles (and first reported by the Hollywood Reporter), the cascade of legal actions seeks to recoup millions of dollars and force Bergstein and his dozens of companies into a Chapter 11 bankruptcy that would give them access to the books and halt a planned auction of movie titles by his silent partner, L.A. construction mogul Ron Tutor.

That auction is the creditors’ most pressing issue: The sale is scheduled for Monday, and includes more than 800 titles including "Crouching Tiger, Hidden Dragon," "The Air I Breathe" and "Sweet and Lowdown."

Those claims include unpaid talent contracts, employee salary and bonuses, “profit participation” deals and judgments that have already been leveled against Bergstein, but have gone unpaid.

Despite the legal and financial troubles, Bergstein controls some 75 companies worldwide, according to the Reporter, including Capitol Films and ThinkFilm.

A Feb. 10 story in the Reporter details a litany of unpaid debts – some already in judgment – and paints a picture of Bergstein-controlled companies that, despite a state of financial disarray, continued to aggressively buy and sell films and other assets. A London court put Capitol Films into “administration” (the U.K.’s version of Chapter 11); according to the Reporter, the first offer for its assets was made by a company that Bergstein also controls.