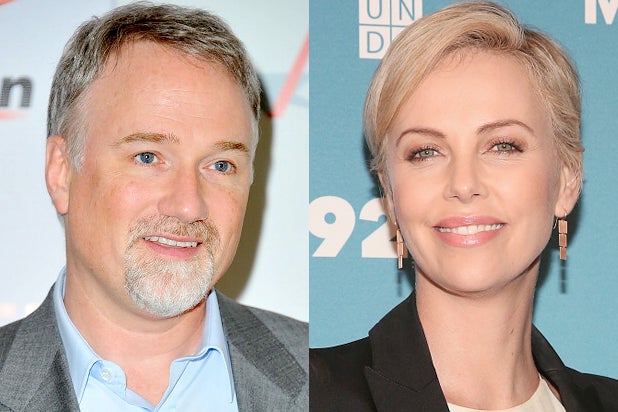 A long-gestating collaboration between David Fincher and Charlize Theron is getting a second life at Netflix.

Theron and Fincher previously developed “Mindhunter,” based on the thriller “Mind Hunter: Inside the FBI’s Elite Serial Crime Unit” by John Douglas and Mark Olshake, with Fox 21 and intended it to air on HBO.

The book chronicled Douglas’ personal experiences as a profiler for the FBI, where he specialized in investigating rapists and serial killers.

Scott Buck wrote an original script for the last incarnation of the series, but is not expected to be part of the Netflix version. Brit Joe Penhallill write the new “Mindhunter.”

Fincher most recently directed “Gone Girl” starring Rosamund Pike. He had two series set up at HBO, including “Utopia” starring Rooney Mara, but they were canceled right before production. Theron most recently starred in “Mad Max: Fury Road.” She is represented by WME.

Because face it, you’re going to be glued to the couch in a food coma anyway

"Planes, Trains and Automobiles"
Holiday traveling is a soul-shriveling ordeal. At least with this 1987 film, starring Steve Martin and John Candy as a pair of mismatched traveling companions attempting to get to Chicago from New York City in time for Thanksgiving dinner, the ordeal is a hilarious one.