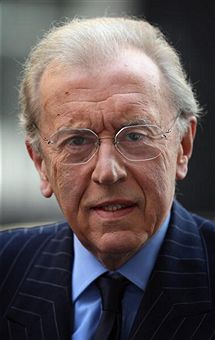 British TV personality David Frost will be honored at the 37th Annual International Emmy Awards for a wide-ranging career that has taken him from pioneering political satire on television to conducting serious interviews with former President Richard Nixon and other newsmakers.