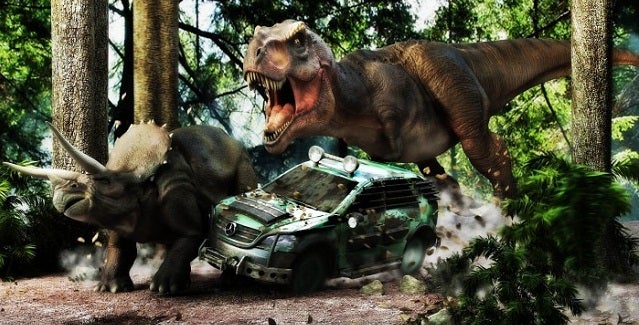 The award honors a WGA member for his or her body of work as a writer in motion pictures or television, and will be presented during the 65th annual Writers Guild Awards, at B.B. King Blues Club in New York City on Sunday, Feb., 2013.

During his more than two decades writing for film, Koepp has such blockbuster action credits   as “Spiderman,” “Jurassic Park” and “Mission Impossible” as well as thrillers including “Carlito's Way” and “Panic Room.” Koepp’s genre-spanning films include “Angels & Demons,” “Death Becomes Her,” “Indiana Jones and the Kingdom of the Crystal Skull,” “The Paper,” “War of the Worlds” and as a writer/director, the horror film “Stir of Echoes,” the comedy “Ghost Town” and last year's action film “Premium Rush.”

“David has given us tales of character and emotion that capture and lift the human spirit. He is a consummate storyteller and for that reason the Writers Guild of America, East is thrilled to present him its Ian McClellan Hunter Award for Career Achievement,” said WGAE president Michael Winship.

Koepp said that he was honored and grateful.

“To be mentioned in the same breath with the other people who've received the Hunter award gives me something to live up to — it's a humbling and compelling reason to keep typing. Now begins the terrifying process of trying to think of a clever way to say thank you in front of a roomful of 500 writers," said Koepp.

Fellow screenwriter Scott Frank, best known for “Minority Report,” “Get Shorty,” and “Out of Sight,” will present the award.

The Hunter Award was named in memory of longtime WGAE member Ian McClellan Hunter, whose more than 20 screen credits include "Eye Witness" and "A Woman of Distinction."  Harassed by the blacklist in the 1950s, Hunter went on to write several successful television series under a pseudonym and then reemerged as a writer on many television projects, including "The Blue and The Gray."

The 2013 Writers Guild Awards will be held simultaneously at B.B. King Blues Club in New York City and the JW Marriott Hotel in Los Angeles.