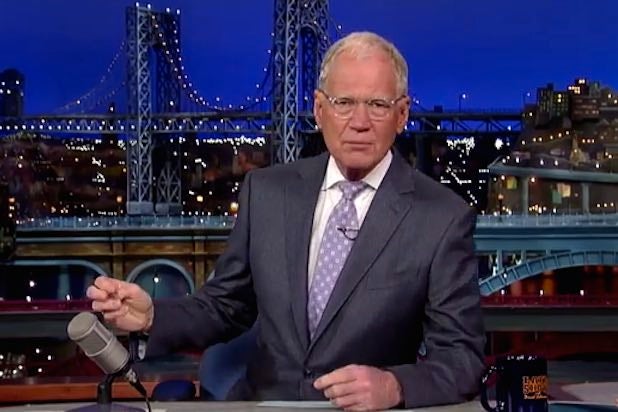 Even in retirement, David Letterman can’t help but grab the spotlight.

On Wednesday, photos surfaced of a virtually unrecognizable David Letterman, who retired from CBS’s “Late Show” last year, sporting a bald head and bushy beard as he took a power-walk on the Caribbean island of St. Barts.

Naturally, the Internet had a few things to say about it, with stunned commenters weighing in on the look after presumably prying their jaws off of their keyboards.

“All David Letterman has done in retirement is make shine in the hills and powerwalk,” wrote another.

Naturally, Santa Claus wisecracks abounded, such as, “David Letterman accidentally killed Santa and is now slowly morphing into him like Tim Allen in ‘The Santa Clause.'”

Read on for a collection of choice reflections on Letterman’s bald dome.

David Letterman accidentally killed Santa and is now slowly morphing into him like Tim Allen in The Santa Clause pic.twitter.com/Nbn0ENfZDy

Fly away, #DavidLetterman, and be free!
Free to be as bald, bearded, and uncensored as you want to be! pic.twitter.com/vGXqrKxqh8

Where is David Letterman and what have you done with him? pic.twitter.com/2uAnbnr1Cy

Who knew a nightly talk show was the only thing keeping David Letterman from becoming a drifter. pic.twitter.com/lioRHbhuOo

Had to do a side by side of David Letterman. Couldn’t believe it was him! He looks happy and well rested though pic.twitter.com/ZwaAgGEujC

all david letterman has done in retirement is make shine in the hills and powerwalk pic.twitter.com/H7nXLXxxV9

When I go bald, I’m going to do the Letterman Retired Look. Seems reasonably appealing, while scaring off dogs and small children.Peace(LOL)